Inbound Marketing Part Two - Leads Are Up But Why are Sales Down? 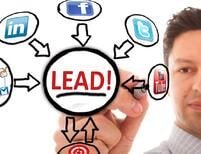 In Part One of this Inbound Marketing blog series, I talked about how the fundamental nature has changed of what we traditionally think of as a lead due to the profound impact of Inbound Marketing.  Hubspot has played a huge role in both the service which they provide and in their thought leadership.  Their too-numerous-to-count, value-added resellers are helping to determine the outcome of that change on a global scale.

How do we cope with these new, very different leads?  Inbound marketing has cast the net much wider and dramatically increased the potential prospects with whom to follow-up.  We find, however, that most of these leads are not very strong.  That doesn’t mean that they cannot be converted.  Frank Belzer’s book, SalesShift, provides great insight on how to do that.  There was, after all, some reason why your prospect expressed interest in the first place, regardless of their level of commitment to solving any particular problem or desire to find some great opportunity.

I promised, in the last installment, to share with you two of the most important selling weaknesses to overcome in order to be successful with inbound leads.  First, I’d like to make an analogy about inbound leads versus traditional leads so that we can better grasp how important it is to handle these leads differently.  Think of a traditional lead as a prospect shining a spotlight at you signaling their interest, “Hey, I’m over here! And I’m interested in what you have.”  Think of an inbound lead as a firefly.  It’s much less bright, and it’s fleeting.  Look away, and you’ll miss it, “Just browsing, thanks.”

The firefly analogy goes a bit further when you add the fact that inbound leads burn out almost immediately.  So one rule of inbound leads is to jump right on them because they dissipate quickly.  Another rule is to use consultative selling as your number one tool - ask lots of questions, research their business, dig around, challenge and push back.

To be a successful consultative seller, we must overcome both of these weaknesses: need for approval and emotional involvement.  It is through consultative selling that we cut through the clutter and find the opportunity to close new business with these fleeting, dimly-lit, passers-by, inbound leads masquerading as hot prospects!

In Part Three of this Inbound Marketing blog series, we’ll explore three other hidden selling weaknesses which could cause your salespeople to get in their own way and lose more of these opportunities than they need to.

If you are interested, have your sales force evaluated to see whether they can be effective at selling in an inbound world and whether they possess any of the hidden weaknesses which could be preventing them from succeeding.  If you’re heading to Inbound13 in Boston, please introduce yourself to us at the Kurlan Lounge on the third floor.

Inbound Marketing Part One - Leads Are Up But Why are Sales Down?

In Frank Belzer’s recent book, SalesShift: How inbound marketing has turned sales upside down making it more difficult and more lucrative at the same time, he convincingly demonstrates that the nature of the lead has changed and many salespeople are having trouble adapting.  It’s true that in an Inbound world, marketing must work in tandem with sales creating an information feedback loop which propels new sales.  That is also one of Frank’s points.  Where salespeople get into trouble is thinking that a lead is a lead is a lead.

The reality is that all leads are not created “equal.”  As different as a referral is from a cold call, an inbound lead is different than those generated through traditional marketing channels.  When marketing works well, it performs the first part of the sales function.  It generates interest, exposes a potential issue, and may even lead to someone picking up the phone and calling your company for a rep appointment.  When it’s done well, the sales department can get hooked on this approach, even to the point of developing an “order taker” reputation.  The prospect, in this case, is already interested.

But inbound leads are different.  They are born on a different continent.  They are ethnically and culturally different from a traditional lead.  A potential prospect might have been doing research on the internet, watching a cool video, or simply wandering around on the web when an opportunity presented itself.  Taking advantage of the opportunity might have involved a simple mouse click.  Then after typing in an email address and answering a couple of multiple choice questions where your computer usually fills in all the details for you - free stuff arrives on your screen.  Behind the scenes, a company is collecting that information and calling it a lead.  The “prospect” barely lifted a finger in this case, and might not have thought about it very much.

Now back to that lead that is sitting in the rep’s inbox. It has the look and feel of someone who wants your product - just like a traditional lead.  It looks "bigger and badder" than it is.  But it is fundamentally different.  The person on the other end actually might be stunned to get a call from you - “What?! You mean I triggered a sales call? I just wanted to see the video. I’m not in the market for anything.”  But this is exactly the point where the path forks.

What is this fork, you ask?  Yogi Berra said to “Take it.”  Okay, let’s take it.  And here are your choices.  You can continue reaching out to leads who appear to be deer caught in headlights, make assumptions, and watch them run away, or you can develop your selling skills, approach them differently, and convert them.  That’s why Frank said that it’s more difficult, yet more lucrative.  With a few critical tweaks, your sales team can convert more of these kinds of leads and outproduce the competition.  And isn’t that the point?  As the economy comes back and as it lifts all of the boats in your market, are you concerned that your vulnerability to the competition will be masked in the short run as sales increase?  The market winners will be those who outpace the competition or those who beat the competition relative to each other rather than where they were last year.

Throw away "solution selling".  Toss aside spin, dodges, and dropping five dollar bills.  (Reminds me of the Barry Levinson movie, Tin Men, about two rival aluminum siding salesmen!)  Read Dave Kurlan’s Whitepaper on Trust for additional insight in that area. Get rid of "technique" altogether and embrace a conversational and consultative style, like you might with a friend or an uncle.  Back off.  Don’t push.  Ask questions.  Assume nothing.  And most of all, slow down.

In Part 2 of this Inbound Marketing blog series, I will let you in on few secrets.  There are two key selling weaknesses, which most sales people have, that prevent them from having this consultative-style discussion.  Having or not having these two key weaknesses makes all the difference.  And there are three others which could also cause your people to get in their own way and lose more of these opportunities than they need to.  But your staff can overcome them with help, and open the doors to a wealth of opportunity generated by Inbound Marketing.  You may want to consider having your sales force evaluated to see whether the current team can executive your objectives and whether they can both embrace and be effective selling in an Inbound world.

Here is the link to "Inbound Marketing Part Two - Leads Are Up But Why are Sales Down?"