Did You Know That The Beatles Taught us About Selling? 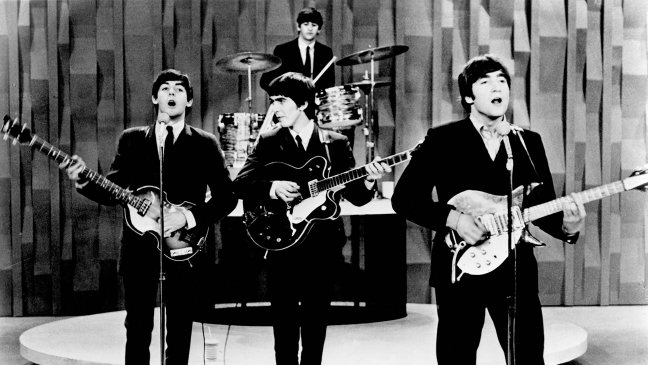 While this should be a fun, end of summer article I'm guessing that you don't actually believe that the Beatles taught us about selling.

The Beatles recorded 18 songs where the lyrics talked about selling plus I included two bonus titles by other artists to bring the total to 20!

Can you name the song that went on and on about building relationships?  Of course you can.  It was:

I WANT TO HOLD YOUR HAND

Can you name the song about prospects who refuse to schedule a first meeting or appointment with a salesperson?

Are you getting the hang of it?  What must salespeople do to accelerate the sales process?  For this the Beatles recorded:

The Beatles wrote a song about price objections too!

IT'S ALL TOO MUCH

They wrote a song describing the alarm that sales managers sound with their salespeople who have stale and/or stuck opportunities in their pipelines:

YOU'RE GONNA LOSE THAT GIRL

And they wrote one for the day after when salespeople learn that their sales managers were right about those opportunities:

YESTERDAY (all my troubles seemed so far away)

The Beatles recorded a song by the same name as one of their movies about salespeople who, after the previous two days and titles, needed to rebuild their pipeline.  It was called:

HELP (I need somebody, help, not just anybody, h-e-l-p)

Sometimes selling is easy because there is low hanging fruit from renewal business and call-in business.  The song they recorded for that was:

COME AND GET IT

You might remember their legendary song about negotiating called:

WE CAN WORK IT OUT

They even recorded a song for long sales cycles where the decision makers change over time called:

THE LONG AND WINDING ROAD (that leads to your door)

Some salespeople make the mistake of calling on prospects repeatedly over a span of years, despite the fact that the prospect has never, ever bought anything and never, ever will.  The Beatles recorded a song about that too, called:

YOU NEVER GIVE ME YOUR MONEY

I asked the salespeople that I coached to  develop wish lists, and then reach out to their network to learn if anyone knows an executive at one of the wish list companies.  The Beatles recorded it first but Earth, Wind and Fire had a bigger hit with this song:

GOT TO GET YOU INTO MY LIFE

Too many salespeople feel like they've won when the only thing that happened was that they were considered for an opportunity, like when they receive an RFP or RFQ.  They actually thank their prospect for the opportunity to be considered!  In honor of that, the Beatles recorded:

I'M HAPPY JUST TO DANCE WITH YOU

Today, salespeople send out a lot of unanswered emails.  The Beatles anticipated this more than 50 years before it happened when they recorded:

Salespeople are often guilty of developing Happy Ears where they hear what they want to hear, even if it isn't true or factual.  This often gives them a false sense of hope so for this problem, the Beatles recorded:

DON'T LET ME DOWN

One thing that hasn't changed in years of selling is prospects that make a decision to not make a decision, forcing ineffective salespeople into follow up mode.  The Beatles were thinking about that decades ago when they recorded:

One of the most important skills that salespeople must develop is the ability to listen and ask questions.  Not surprisingly, the Beatles recorded:

Unfortunately, many salespeople don't ask those questions, won't push back, won't challenge a prospect's thinking because they are afraid the prospect won't like them anymore. As a result, they choose to ignore it and move on.  The Beatles covered that with:

Now for the two bonus songs.  Can you name the song that makes it obvious that if you talk to the wrong person, you won't close the deal?  That song would have been:

SYVIA'S MOTHER by Dr. Hook where he wants to talk to Sylvia can't get through because her mother is playing gatekeeper.

Can you name the song about salespeople who try over and over to sell something that their prospect has no intention of buying because they don't have the problem that the salesperson's product solves?  That would be:

Your turn.  Can you name a song - by any artist - that describes selling?  Leave your comment in the LinkedIn thread.