How I Realized That Selling is Just a Bunch of Crap

Those are strong words and probably quite surprising coming out of my mouth but I'll explain it all.  Earlier this week I was leading another Sales Leadership Intensive and during a break it came to me.

I was emphasizing how important it is to role-play as part of every coaching conversation and that's when I realized that what I was sharing was a bunch of crap.  I even looked up the quantity required to qualify as "a bunch" and I stick by my use of the word.  Selling is just crap and here is what I mean by a bunch of it.

But for it to be a bunch of crap, we need more crap, so:

Challenge your prospects, help them Reveal their problems, speak with Authority, and be Prepared for anything. CRAP.

Uncover their Compelling reasons to buy, Remain unemotional, be Animated and sell value instead of Price.  CRAP.

Discover Consequences, Relax, and help them Articulate how it impacts them Personally. CRAP.

A big bunch of CRAP.

Don't worry - I'm not going to write a new book on selling called CRAP Selling.  There are already two well-known sales methodologies that use 4-letter acronyms, like Neil Rackham's SPIN Selling, and Jill Konrath's SNAP selling.  But if you want a popular sales solution that features both sales process and sales methodology rolled into one, then order my best-selling book on modern selling, Baseline Selling. I promise that there isn't a single reference to CRAP and after 13 years, it's still ranked #15 on Amazon. 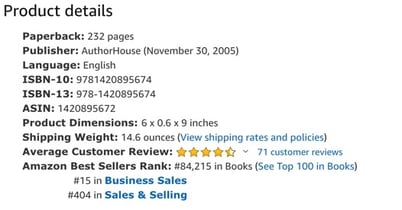