The Deal Breaker That Prevents you From Hiring a Great Salesperson 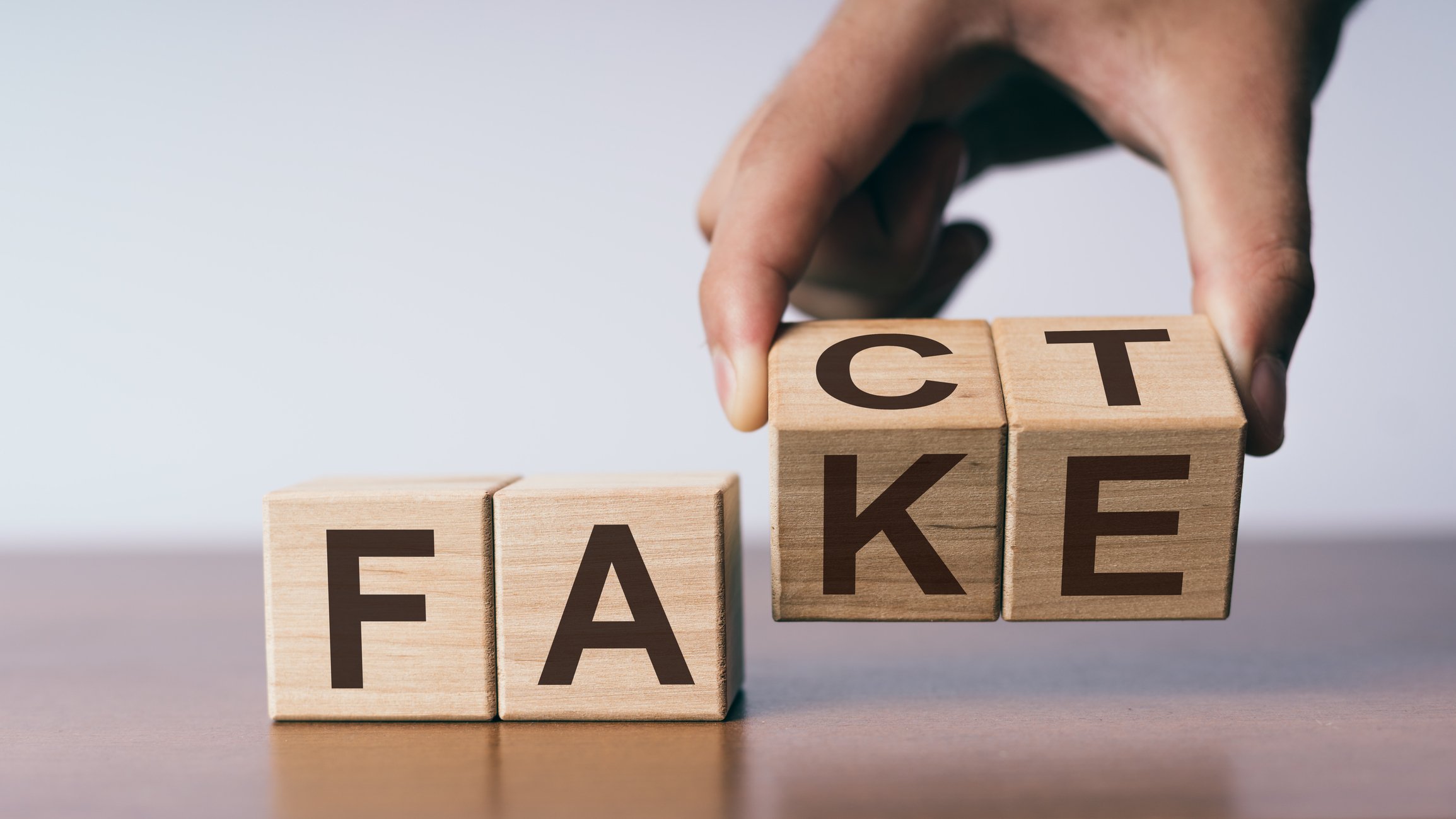 One of the questions we are often asked by HR Directors is, "Can people game the OMG assessment?"  Of course they can try, but we have a very effective algorithm that smokes out those who attempt to cheat.  It doesn't happen very often that somebody attempts a big cheat but when it does, it's almost magical in the way we uncover them.

There is a very small percentage of salespeople who attempt an all out cheat.  This unethical group can usually be found in the category of weak salespeople - the bottom 50% - which explains why they think they need to cheat.  But what happens if a good salesperson attempts to game the system?  What would that look like?

This OMG sales assessment dashboard is from a strong sales candidate who cheated. 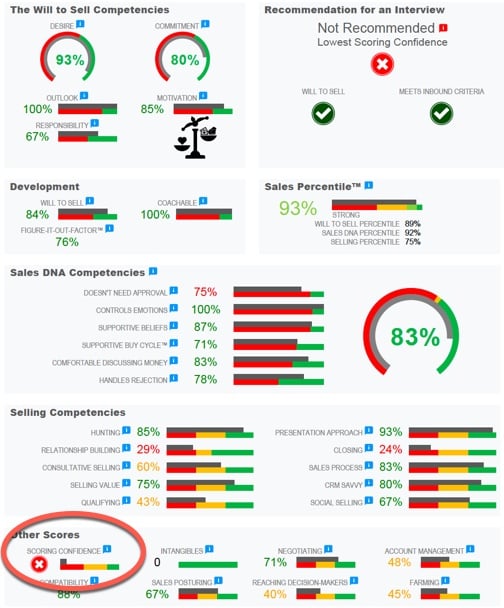 The 93 percentile score puts him in the top 7% - with flaws of course - but still quite strong.  Find the circled area in the bottom left of the dashboard and you'll see the finding "Scoring Confidence" with the score at the lowest end of the low range.  Scoring Confidence is OMG's score on whether we have faith in the results of this particular candidate.

Now look at the top right of the dashboard to the recommendation.  What would otherwise be a Recommended candidate is Not Recommended because of the Scoring Confidence score.

Are there any clues that something doesn't add up for this candidate?  There are.  No, not the low closing score.  The Closing competency is overrated. How can someone this good be so bad at building relationships?  He also scores quite low on the Building Trust competency which can be found in the details of the assessment document.  In my experience, a salesperson who can't build trust or relationships won't be very effective.   He also has two weakness that other salespeople in the top 7% don't have.  He doesn't uncover budgets and wastes time with unqualified prospects.

If you were interviewing this salesperson, the chances are good that his poor relationship and trust building skills would have caused you to dislike him.  You probably wouldn't have hired him because of that.  But what if the clues were different?  What if the inconsistencies were not with competencies that would have tipped you off in an interview?

In the end, sales selection is about information.  There are ten important data points:

Still not using the highly accurate and predictive OMG Sales Candidate Assessment?  From among the sales candidates that we don't recommend, but who clients hire despite the warning, 75% of them fail within 6 months!  Why would you choose to make such important decisions without the OMG crystal ball?

Leave your comments on the LinkedIn thread for this discussion.