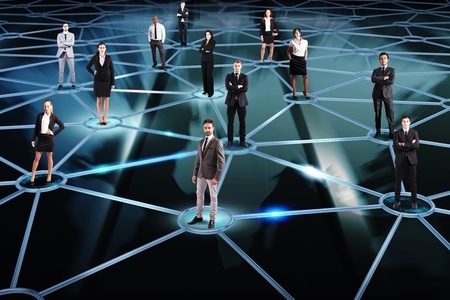 If you are a regular reader, you might recall this great article on Selling to a CEO.  In that article, I also mentioned some of the expanded Sales Competencies that Objective Management Group (OMG) now measures.  Before April, Relationship Building and Mastery of Social Selling were findings in our evaluations, but now, they are full blown competencies with complete sets of attributes.

I had a theory about salespeople, but didn't have the data to prove it out.  I believed that social selling was a godsend to those in sales who were not great at relationship building - that by utilizing applications like LinkedIn and Twitter, they could reach out to new people, but with the benefit of hiding behind the glass screen. Do you think I was right?  Or wrong?

Actually, I couldn't have been more wrong!

We took nearly 5,000 rows of data from the past 2 weeks and looked at those two competencies and compared the results.  In the 1st graph, you'll see that the overwhelming majority of salespeople are poor at both, or to put it in my vocabulary, they suck at both!  Just 5% were good at both, 11% excelled at social selling and 16% excelled at relationship building. 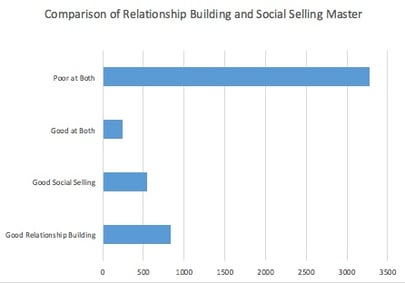 So I wondered if the data might be skewed based on demographics.  For instance, would the data show that salespeople with more than 10 years in sales are less effective at social selling and better at relationship building?  We filtered the data and removed everyone who had fewer than 10 years of sales experience, leaving us with around 1,850 veteran salespeople.  The graph looked nearly identical to the first graph but the veteran group at 33% was much better at relationship building, 11% - the same as the entire population - had mastered social selling and 8% achieved high scores in both. 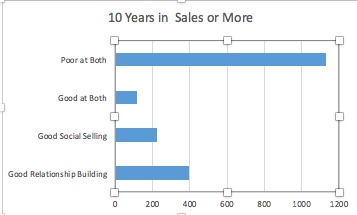 So I wondered what would happen if we looked at the people who were new to sales. This time, we filtered the data and removed everyone who had more than 5 years of sales experience, leaving us with around 2,000 newer salespeople.  This graph also looked quite similar, but there were a few small differences.  Just 2% of the newer salespeople were good at both competencies.  33% were good at relationship building, and surprisingly only 9% had mastered social selling - an even smaller percentage than the veteran group! 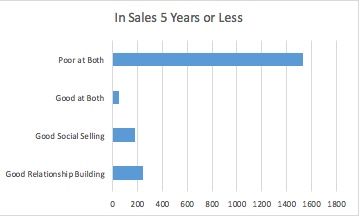 My theory?  Out the window.  Not even close!  Instead we made two even better discoveries from this exercise:

Are you surprised by any of these discoveries?  What are your thoughts?