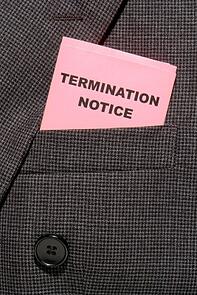 One of the comments on my article, The Validiation of the Sales Assessment Validation, mentioned the reluctance of CEOs and Presidents to redeploy or terminate ineffective sales managers.  That topic deserves an article of its own, making 3 of my last 4 posts about ineffective sales managers.  That will surely upset and perhaps eliminate a significant number of my regular readers.

Lack of overall sales performance is an easily recognized problem.  A savvy President or CEO may correctly identify the symptoms: inaccurate forecasts, a lack of new opportunities, new salespeople failing to ramp-up quickly enough, delayed closings, and complacency. However, they usually fail to understand that these issues are not sales issues, but sales management issues.

On the other hand, most sales managers fail to recognize those symptoms, and when they do, they usually fail to effectively address, correct and change their salespeople's attitudes, behaviors, strengths, skills and results.  They are not at fault for their lack of success at achieving change.  They are at fault for not getting outside help!  As I mentioned in this article, The Real Problem with the Sales Profession, they are afraid of appearing weak for not being able to achieve this themselves.  Ironically, this is not really what sales managers are supposed to do.  Their job is to coach and hold salespeople accountable, and if after doing that, their salespeople continue to be ineffective, sales managers need to replace their salespeople and/or bring in outside help.

That's being smart, not weak.

But when they can't change the results themselves, and resist getting outside help, they appear incompetent.

Typically, they promoted their top salespeople (usually a mistake), became too friendly, and don't want to ruin relationships, betray friends, or hurt their families.

That's the real reason that they prefer to deal with the devil they know, rather than the devil they don't.  After all, they trust these sales managers who also happen to know a lot about their businesses and can't imagine placing that trust in a brand new hire from the outside.

Another scenario, where Presidents/CEOs struggle to replace sales managers, is when they hired the sales managers themselves after recruiting them from outside the company.  In this case, they don't want to admit that they made a mistake and believe that, with the right help, their sales managers will succeed.

Difficulty replacing sales managers occurs a lot more frequently than you might think.  While considering the companies that I personally worked with during the past 12 months, there were about 10 sales managers who should have been replaced.  Unfortunately, only 2 were replaced when I delivered the bad news, and 2 more when it became obvious that I was correct months earlier when I told the Presidents/CEOs that their sales managers just couldn't be coached up.  That leaves 6 sales managers with good job security despite their continued ineffectiveness.

In the end, it's easy for someone from the outside to recommend termination, but very difficult for someone on the inside to follow through.  I get that.  At the same time, if I'm brought in as an expert, asked to identify and help correct problems, it's far more difficult to achieve the growth that they expect when they are reluctant to replace an uncoachable, untrainable and ineffective sales manager.  Why is this such a big deal?  There is no role with a greater impact on the success of the sales force than the sales leaders to whom the salespeople report.