Global Warming, Social Selling and The Sales Force of Tomorrow 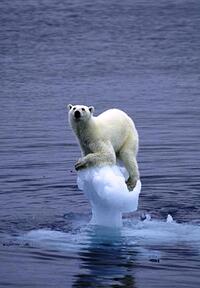 Global Warming is a trend.  Its impact on our future and the role that humans played are both hot topics and subjects of great debate.  In my opinion, the globe has been warming since the end of the ice age.  Humans, with their man-made factories and ozone-depleting products, had nothing to do with the origins of global warming.

The origins of Social Selling go back to early human life too, although, the tools that have given social selling its name are relatively new.  Social Selling is also a trend.  The role it plays and its impact on the future of selling are also hot topics and subjects of great debate.

For example, you only need to read this article and the links within it to get a sense for how strong the opinions are and how much passion is driving those opinions.

Proving that social selling is having a positive effect on results is one of our greatest challenges.  In my opinion, the challenge is the data iself.  Social selling experts use data from the marketing, inbound and inside sales groups with whom they work.  As you might expect from groups who spend all of their time at the top of the sales funnel, there has been a positive impact on their ability to add opportunities to the pipeline.  If every other ratio remains the same, then more opportunities will translate to more sales and greater revenue.

Experts who work with traditionally built sales forces look at their data and don't see the same impact, especially on win rates and sales cycle length.  The obvious takeaway is that social selling's greatest early success is not only its ability to help sellers move more opportunities into the pipeline, but to do it more passively compared with more traditional methods.

That doesn't mean that social selling has no place or impact on the traditional sales force.   Let's look at the impact from a different perspective.  How does Social Selling affect A's differently from how it affects B's and C's?

Let's start with A players which, according to our data at Objective Management Group (OMG), represent the top 6%.  They are great salespeople, performing at elite levels, and if you provide them with great new tools, they still will be performing at an elite level.  There won't be a statistically significant difference.

How about the C players which OMG defines as the bottom 74%?  These salespeople are mediocre at best and that's being polite.  When I'm not being as kind, I would say that the bottom 74% just plain suck!  If you provide this group with great new tools and direct them to make use of the tools and methods, they would still be crappy salespeople.  Most prospects would decline to engage (just as they would with their traditional approaches) and the impact of social selling would be statistically insignificant.

That leaves the B's.  OMG defines them as the 20% of salespeople who rank between the elite and the crappy.  They are very good salespeople.  This is the group where we would see the most significant change in results from social selling.  These salespeople understand that Social Selling, used effectively, gives them an edge and this group will leverage anything and everything to improve their results.

Some might say that while this makes sense, it represents such a small percentage of salespeople that it can't have a significant impact.  That is short-sighted thinking.  It only represents a small percentage of salespeople when a company has a poor track record with recruiting and sales selection.  If more focus and attention were given to this aspect of building a kick-ass sales force, the entire team would have ONLY A's and B's.  There would be no tolerance for C's!

As with nearly every sales metric, results are directly correlated to the caliber of the salespeople.  When companies emphasize selecting the right people, most challenges (from the use of CRM, to following a sales process, to meeting and exceeding quotas) fade away.

In 2014, focus on upgrading your sales force, not on integration of tools.  The correct salespeople won't need to be led to the promised land.  They already work there!  The more immediate question is, how do you know whether or not you have accurately graded your salespeople?  After all, the only salespeople you can compare them with are those that have worked for you.  How would they compare with the other 650,000 salespeople that OMG has evaluated and scored?  Of even more importance, what will you do if you learn that the salespeople you thought to be A's and B's are really B's and C's?  We have sophisticated algorithms that tell us which C's can be saved and developed and which C's can't.  Isn't it time to learn the truth about your sales force?