One Thing Missing from The New Way of Selling - Part 2 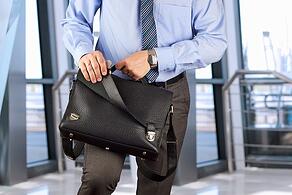 Yesterday, I read an article that was very consistent with what I was complaining about last week when I wrote The One Thing Missing From the New Way of Selling.  I have tremendous respect for the article's author, Mark Roberge, who has built a great sales force over at Hubspot.  They use Objective Management Group's (OMG) Sales Candidate Assessments to identify the new kind of salespeople who will succeed there.

Mark and I go back a long way.  I worked for his dad back in 1973 and his dad worked for me earlier in the current century.  OMG became one of Hubspot's very first customers in 2006 and all of my articles are hosted on their terrific platform.

I loved Mark's article about the 4 Habits of a New Generation of Salespeople.  You should read the article!  It's a great description of how their salespeople and many inside salespeople operate. It describes mostly young, social salespeople, who sell inside and to marketers who are also mostly social sellers.

On the other hand, while many inside sales experts are writing terrific articles, they are at the same time attempting to get the entire sales population to do what works so well for inside/inbound sales (and sell their inside/inbound services).  And it does work if you have a suitable product, price range, technology, target market and sales cycle.  It works if you have a dedicated team of top-of-the-funnel inbound marketers.  However, for every company and product where this makes sense, I can name three where it doesn't.  I love the new way of selling.  Just don't proclaim that the new way is the only way.  That's like saying, now that we have developed a spaceship that can take private citizens to outer space, everyone shall commute to work that way.  When commercial airlines made flying affordable enough for everyone, it didn't eliminate buses, trains and cars.  It simply became a better choice for long-distance trips.  We still use our cars to drive 120 miles!

While we are on the subject of old and new, I wrote an article that appears in the new issue of Top Sales Magazine.  You can download the magazine here.  The article, What is the Big Secret That Powers Baseline Selling? includes some video and some terrific explanations of what continues to make the process and methodology work so well for so many salespeople, 10 years after it was written.  And guess which book their salespeople read over at Hubspot?  Yeah, once they have a prospect, they still have to sell...

Selling is still selling and while a lot has changed in the last 10 years, a lot of it hasn't.  I'm a social seller.  Social sellers get found, find prospects and connect using a myriad of social selling tools.  But once a meeting has been scheduled, the social must be dropped in favor of the selling.   A prospect should only be aware of a terrific conversation, but process and methodology must be hidden backstage.