Top 15 Questions That Prospects Ask Themselves 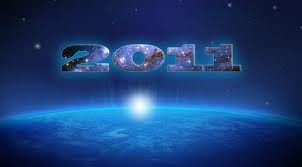 Following up yesterday's Moneyball article, here are some more new things for you to think about.

When your salespeople are in front of or on the phone with prospects, do they ever think in terms of whether their prospects:

Let's discuss the implications of each:

If your prospects want what you sell, they are asking themselves:

If your prospects need what you sell, they are asking themselves:
If your prospects have a problem that needs to be solved, they are asking themselves:
If your prospects don't care and aren't interested, your salespeople shouldn't be speaking with them.
So there are three possible mindsets that prospects could have when your salespeople are speaking with them that demand three completely different approaches.  Clearly, the scenario where your salespeople can create the most urgency and move the sales process along more quickly is #3.  Do your salespeople execute consultative selling effectively enough to consistently achieve #3?  If they don't, they won't be able to move their prospects into #3 from either #1 or #2, at which point they may be viewed as a commodity or transaction rather than a value added solution.
On top of that, your products and/or services fall into two additional categories, each requiring different approaches:
Two questions for you:  Are your salespeople conciously aware of the 3 mindsets and two categories, and have you checked as to whether they have appropriate approaches for each?

One of my articles, Top Ten Reasons for Roller Coaster Sales, was nominated for article of the month.  I only learned about it late last week so there are only 3 days left to vote.  I would appreciate it if you would take 15 seconds to vote here.