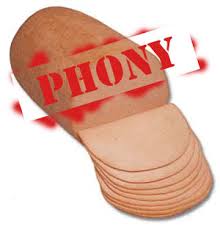 I was in the car when the call was forwarded to my cell phone.  I didn't recognize the caller and his first statement was, "I have some questions about Objective Management Group (OMG)."  Very Dry.  Very Abrasive.

I was thinking detective, maybe researcher.  I asked, "What kind of questions?" Keep in mind that he hadn't said hello, introduced himself, or explained why he was calling so I was wondering what this was about.

He said, "I took one of your assessments and it prevented me from getting a job.  Is this based on the Myers-Briggs?"

I calmly explained that Myers-Briggs was a personality assessment that reported on 16 dimensions of personality but the OMG assessment he took was sales specific and looked at 21 Sales Core Competencies.

He told me he had problems with the Myers-Briggs preventing him from getting a job once before so it must be based on that. He repeated that it prevented him from getting this job so I asked what led him to that conclusion.  His answers will blow your mind!

He didn't ask permission or whether or not I had time, but took the next several minutes to tell me what a great salesperson he is, the multi-million dollar deals he has closed, and the quotas he has exceeded by 800%.  He said he had a great interview with this company, but after the assessment, he wasn't called back, so it had to be the assessment that knocked him out.

I explained that the assessment is only a single data point and wouldn't knock out a great salesperson like him.  I asked how he knew it was a good interview and he mentioned a recruiter telling him so.  I asked how many salespeople the company was hiring and he said one.  I asked if it was possible that they had more than one good candidate and if another candidate could have been more qualified or a better fit than he was.  Believe it or not he said, "No."

Then he asked to see his results.

I explained that he wasn't the client and in the United States, clients - employers - were not obligated to share assessment results with candidates.

He didn't like that answer and asked if there was some other way to get his results.  I explained that if he wanted them badly enough, he could simply pay $400 and retake the assessment on his own.

I mentioned that with all of those big deals he sold and quotas he busted, it seemed odd that $400 was a problem for him.

He said that one company still owed him $2.3 million in commissions.  I asked whether his lawyer expected to collect that money and he said his lawyer didn't think he had a case - something about a stupid lawyer...

It's not terribly rare for a candidate to send an email or make a call to their potential employer to whine or complain when they don't think they should have to take an assessment, don't get an interview, or don't get the job.  It is almost unheard of for a candidate to call OMG or me directly.  This is only the second time in the past 8 months!  Just the same, I love this part - it's my favorite.  After the call, I attempt to guess which findings I will see on their assessments, based on how they behaved on the call or in their email.  In this guy's case, I KNEW that I would see:

While those findings jumped off the pages for me, there was also a low confidence score, meaning that OMG wasn't confident with its overall score for him because he was so inconsistent in his approach to the assessment.  He also had very few selling skills beyond his ability to hunt, only a serviceable Sales Quotient, and he was a poor fit for the selling environment he applied for.  If you want to see a sample of this Sales Candidate Assessment so that you can put all of this into context, you can request a sample here.  If you want to skip right to a free trial, you can request that here.

In most cases, the more insistent that sales candidates are about their sales capabilities, the more likely it is that they are in the bottom 74% and they suck.  In most cases, the only sale they ever make is to the gullible sales manager or HR Director that falls for their lies, claims and exaggerations.

The funny thing is that this candidate was probably right.  In this case, the assessment and its 150 or so sales findings painted an accurate picture of him and alerted the employer that this was a Phony Baloney Sales Candidate who should not be considered for this role.