The Blind Side for Sales 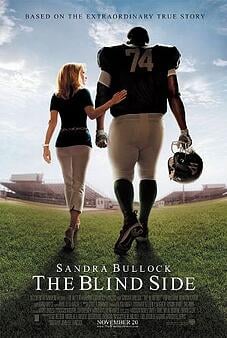 You may remember the book and later the movie, The Blind Side.  The football term refers to the offensive tackle that protects the quarterback's blind (non-throwing) side from defensive linemen who are rushing in hopes of sacking the quarterback.

[This marks two posts in a row with a football metaphor.  What's happening to me?]

Last week my car was in the shop for service and as always, the Lexus dealer loaned me an RX350.  This was a brand new model and had a new feature that I couldn't leave alone!  Both side mirrors had orange warning alerts that would light up whenever a car was in the driver's blind spots.  That has to be one of the most awesome safety features introduced since anti-lock breaks!  It provided me with confidence - worry-free lane changes!

Of course, it got me thinking about selling and how great it would be if our salespeople had this feature.  Every time a salesperson got in a blind spot, an alarm would go off to prevent them from taking a turn, going down the wrong path, or leaving the road they were on.  It would force them to ask another question before they could proceed.  How cool would that be?

If we were doing the technical work on this new feature, we would have to identify all scenarios where the alarm would be triggered - points from which our salespeople would temporarily or permanently be operating in the dark with a given prospect or opportunity.  Otherwise, it would be a useless feature.

I'll get us started with the first five and you can contribute some more:

Can you come up with one or more of the next 45 scenarios?  They won't always be something a prospect might say.  They can also be situations like: the salesperson is calling too low in the organization, the contact won't make an introduction to the decision maker and won't get the decision maker involved.
Your turn.
By the way, this is World Awareness Week - a Celebration of Top Sales World.  Click the image below to visit!