My mind doesn't work the same as most people.  I always seem to find a sales analogy buried somewhere.  Frank, who writes the Sales Archaeologist Blog, has that ability too.

Recently, at a picnic with my family, I took note of all the guests and couldn't help but see the similarities between the picnic and selling to a group.

Representing the competition were the ants - ready and willing to take anything away from us that they could.

A bird was flying overhead ready to crap all over us.  This reminded me of the prospect who has a strong relationship with the incumbent vendor.  They sit there and wait for the perfect moment to make you look bad.

The Yellow Jackets couldn't stay away either.  No, like the folks from Purchasing, they don't like it when you have a get-together without them and they'll find a way to sting you if you don't play the game by their rules.

Butterflies were fluttering about and they reminded me of the interested observers who join gatherings like this, but have no influence and attend to justify their existence.

As with most group sales calls, the real decision-makers weren't there.  These are the executives who task others to gather information, but don't usually appear in the meetings.  Bears didn't appear at our picnic either because they don't work out of the location we visited.  They were up north and completely out of sight.

So what are the takeaways from this silly analogy?

Prior to a meeting with a group, it is always crucial to learn the roles and responsibilities of each attendee.  If the people you need to have in the meeting haven't chosen to attend, several things could have occurred:

Of course there are more possibilities, but you get the picture.  Many salespeople try to push forward even when the right people aren't scheduled to attend, but it's generally a formula for failure.  Follow the sales process the right way, from the beginning, meeting all of your intended milestones.  If you can't reach the next stage because a milestone could not be met, stop the sales process.  People want what they can't have, but if you give them what they want, despite not meeting the milestones, you won't have any leverage later in the sales process when you really need it.
3 Comments Click here to read/write comments 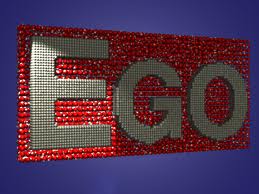 I have been teaching and writing for years that buyer-focused selling (a consultative approach to sales) is the best approach for differentiating, adding and being the value, maintaining and increasing margins and winning a larger percentage of opportunities.  These days, I am just one of many who are spreading this message.  And even if we get through to only one leader at a time, we will eventually get most companies selling in a way that brings consistent results.

One of the challenges with a consultative approach is that while it is easier to close the sale, it is far more difficult to implement than the traditional, transactional approach that today makes it so much harder to get the sale closed.  The question is why?

There are three reasons:

So, now we've come full circle and returned to the ego.  Salespeople will always be able to learn sales processes, sales methodologies, sales strategies and sales tactics.  Getting them to agree, embrace, implement, and master them are a completely different story.  In the end, it requires more than most sales managers are capable of providing.  Getting salespeople to set aside their egos, develop their listening skills, and overcome their Need for Approval, all in the context of an effective sales process and methodology, requires expert guidance.  As they say in the commercials that show extreme sports and sometimes extreme stupidity, "Don't try this at home."
I just completed three very time-consuming projects that have prevented me from accepting personal clients for quite some time.  If you believe your sales force could or should be performing significantly better than they are, and want to chat about that, send me an email.  The first three (who appear to be good fits) will get my attention.
2 Comments Click here to read/write comments

The Waffle Cone and the Mass Production of Salespeople 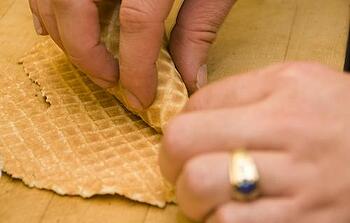 Do you remember when freshly made waffle cones became popular?  Back then, you could smell the waffle cones from outside of a gourmet ice cream shop and the smell alone would be enough to get you in.  Originally, it was quite novel, with only a few shops making those soft, tasty, and very aromatic cones which could hold SO MUCH MORE ice cream than traditional cones.

And then they screwed it up.  It became too labor intensive, time-consuming and costly for most shops to continue the practice of making fresh waffle cones.  And today, while you find waffle cones at nearly every ice cream shop, they are mass-produced, much smaller, and have the taste and texture of regular sugar cones.  Despite the mass-produced nature of today's waffle cones, the shops still charge anywhere from .75 to $1.50 extra for the waffle cone.  For me, today's waffle cones are a constant disappointment because they always fail to meet my expectations.

What does this have to do with selling?

There are many ways of looking at this:

Can you add some analogies of your own that compare waffle cones and sales?
Any company can mass-produce a bunch of people who all recite the same things, follow the same script and demo their products the same way.  It's mass-production at its finest and these salespeople fail to differentiate, fail to make an impression and fail to provide value.  In the end, the only way for them to make sales is to compete on price.  As salespeople go, these always fail to meet my expectations.
On the other hand, it really does take time and special handling to develop great salespeople.  And like freshly made waffle cones, the results are worth the effort.
0 Comments Click here to read/write comments