What's the Difference Between Sales Commitment and Motivation? 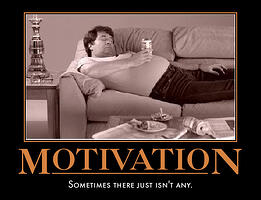 A better question might be, "Which is more important in sales - commitment or motivation?"

Commitment is the willingness to do whatever is required to succeed in sales, at reaching quota, achieving goals and closing a particular deal or account.  Whatever it takes (ethically).  It's not, whatever it takes "as long as I'm comfortable" or "as long as it's not too difficult" or "as long as it's not too scary".  Unconditional commitment.  The more difficult the challenge, the stronger the resolve must be.  How many of your salespeople have that kind of commitment?  Do you really know or just think you know?  That's one of the important findings we measure at Objective Management Group.  Not general commitment for success in life as measured in nearly every other assessment; commitment to succeed at selling!

Motivation is the incentive to do what is required in sales.  It is why someone will show up, day after day, for this difficult, sometimes demotivating, always humbling challenge.  Whether it is the rewards, recognition, money, satisfaction, revenge, things, or mastery, what is it that's powerful enough to make people thoroughly emmerse themselves in selling each day.  Sales Motivation is another one of the important findings we measure.  Not vanilla motivation or drive as measured in nearly every other assessment; the motivation to sell!

Now that you understand the difference between Commitment and Motivation, which is more important?  Can you have one without the other?  Let's investigate.

When a salesperson is motivated but lacking commitment we have the carrot but no stick.  The salesperson has reason but without resolve.  A dreamer who will become discouraged.

When a salesperson is committed but lacking motivation we have the stick, but no carrot.  A machine that will break down and lose effectiveness over time.

It should be obvious that we need both - sales specific commitment and motivation - along with Desire - How badly the individual wants to succeed in sales. (Yes, we measure that too!)

While selling skills and supporting strengths are an important part of the success equation, nothing is more important than Commitment, Desire and Motivation.  (Here's one more article on Desire and one more on  Motivation.) 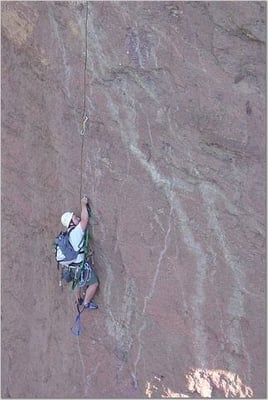 Effect of Optimism and Commitment on the Sales Force

There are some noteworthy quotes which, although written in the context of innovation, apply equally, if not even more to selling and sales management.

Ain't that the truth!  I couldn't have said that better...here's another.

"As Edison phrased it, 'Nearly every man who develops an idea works it up to the point where it looks impossible, and then he gets discouraged.'  He adds, 'Many of life's failures are people who did not realize how close they were to success when they gave up.'"

Ditto for that quote.  One more...

"Dr. Martin Seligman, director of the University of Pennsylvania's Positive Psychology Center, and author of Learned Optimism, has researched optimism for more than thirty years. His work offers further confirmation of the validity of Edison's approach.  According to Seligman, optimists get better results than pessimists in most areas of life.  His research shows that optimists perform better at school, in relationships, on the athletic field, and at work....And optimists make significantly more money.  All this is true despite the fact that pessimists are more skilled, according to Sligman, in their ability to analyze current problems accurately.  For the pessimist, the optimist is someone who simply doesn't yet see the facts as they are.  But despite the tendency to view the world through rose-colored glasses, numerous long-term studies confirm that better results emerge when we err on the side of optimism."

I'm not an optimist or a pessimist. I tend to be a be a realist.  Relating the aforementioned quotes to selling, I believe that optimists find it difficult to challenge people.  I can easily slide over to the pessimistic side when necessary, like when it's time to debrief a salesperson on a recent call.  It's difficult to punch holes or question a salesperson's account of a call if you are an optimist.  Optimists often become overexcited and set unrealistic expectations about the likely outcome of an opportunity. I believe you must be able to slide back and forth between optimism and pessimism.  Get yourself motivated and excited, be realistic about what's happening, and challenge people when what you hear doesn't sound right.  What are your thoughts?

You'll have to read this entire article to connect all the dots - it starts out somewhat off topic.

Jersey Boys, the story of Frankie Valli and the Four Seasons, is a true story - a dark, bittersweet story of their rise to fame and the never-ending adversity that Frankie Valli had to overcome throughout his life.  No need for a contrived story here because the real story was so riveting.  Add in the absolutely incredible singing and it was a more enjoyable, memorable experience than seeing Frankie Valli in concert.

Which brings me to the point:  Is your company's story memorable, riveting, powerful or relevant? How much adversity has your sales force overcome?  How strong is their character?  Are they so hell bent on success that they will truly do whatever it takes to succeed?

Frankie Valli had a bad guy - an honest to god felon - as his band leader in the hay days of the band.  Franki ended up taking on $1 million worth of the thug's debt at a time when the band was flat broke as a result of the gambling and mismanagement of Tommy the thug.  Frankie's song-writing partner literally had to write hit songs.  They had to play where ever they could get a booking.  As we watched the show, I couldn't help but think of the similarities to so many businesses in the past 18 months.  They were broke, in debt, experiencing declining revenue, and faced with adversity and challenges - just like Franki Valli.  But how many of those executives, and their sales forces, while refusing to quit, dug in deeper, worked harder, smarter and more effectively?

fittingly, one of the Four Seaons' hit songs was Walk Like a Man.