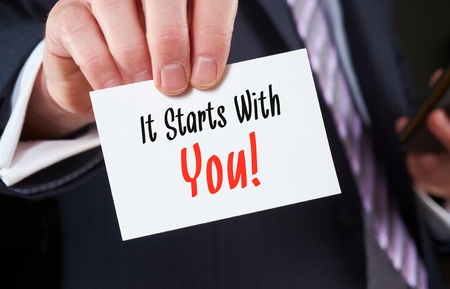 Who knew that this would turn into a series?

Part 1 and Part 2 were very popular and centered around productivity and technology, but not selling competencies.  This post presents Part 3, which although having a different perspective on selling more and getting more done,  stays away from selling-specific competencies like the other two entries.

Focus - While most people are fairly distractable, I am not.  I don't flip to my email every time an email arrives.  I don't socialize in the office.  I don't answer calls if I am in the middle of something else and I am a slave to the clock.  If my calendar says I'm supposed to be working on something at a particular time, when that time arrives I am working on that project.  You simply cannot distract me.

Energy - I know the times of day when I have the most energy and make sure that I schedule the most demanding work for my high energy times of day.  For me, that means nothing that requires a lot of attention, focus, emotion or energy in the middle of the afternoon.

Pressure -  Speaking of pressure, you should know how effective you are at handling pressure and lots of it.  Ideally, you must be at your best under pressure but if you aren't, you must find a way to avoid putting yourself in pressure situations.  That means you must always be ahead of where you need to be.

Outlook - This is about your attitude and how you feel about yourself.  When your outlook is poor, it has a negative impact on bravery, tactics and work ethic. It can happen to anyone. For most salespeople, certain people, events or words can trigger a negative change in outlook that instantly shifts your focused, energized, committed and disciplined self to someone who suddenly isn't able to act that way. You must be able to identify those things or people that can trigger you.  What triggers you?  How can you prevent those triggers from occurring?  How can you prevent those triggers from affecting you?  At best, you are rarely triggered and recover quickly.  At worst, this can cause a daily interruption and consistently take you off of your game.  If there is one thing that you must absolutely learn to control, it is Outlook.  This 2-minute video clip from Game of Thrones is a great example of what happens when outlook goes south.

Can the Lack Commitment to Sales Success Finding be Wrong? 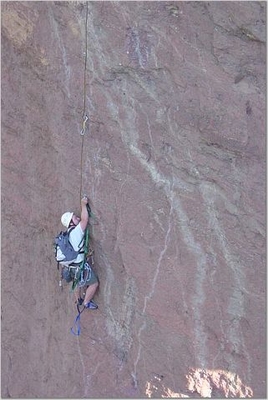 Have you ever witnessed salespeople who go part of the way, but not all the way to get the business?  They make the call, but don't convert the call?  They hold the first meeting, but walk away without traction?  They add a new opportunity to the pipeline, but don't move it forward?  They do all of the right things, but with the wrong people? They qualify an opportunity, but don't get any further?  They forecast an opportunity as closeable, but it doesn't close?  Those are all examples of salespeople with conditional commitment.  They do what it takes, but only when it's comfortable for them.

Last week, I received an email questioning the Commitment finding in Objective Management Group's (OMG) Sales Management evaluation.  The very same question could have applied equally to the Salesperson evaluation as well and it's certainly not the first time I have heard the question.

I republished the entire thread in sequence so that you could understand the question, the challenge and the response:

"Dave, I need your input on this one. You have shared with us that commitment is the most important finding in the OMG evaluation and I agree with you. However, I often wonder whether the way the evaluation measures a person’s commitment is accurate."
Whenever someone says they agree and they follow that up with "but" or "however", it's code for not really agreeing.  Continuing, he said:
"I recently received the sales force evaluation results for a [we will call the company ABCD]. I was referred to ABCD by a woman named [we will call her Mary]. Mary is a Regional Sales Manager at ABCD and prior to joining them she worked with another client of mine. I had the chance to get to know Mary well. She is a go-getter – very ambitious, impatient and driven. The thing that caused her to seek my help was that she was frustrated by the fact that what she and her peers were doing to win business simply wasn’t working anymore and she believed that there had to be a better way. She works as hard as anyone I know and is always seeking ways to improve."
Her results came back with a low commitment score. I downloaded her transcript to see why she scored low on commitment.  It appeared as though her low commitment score stems from how she answered two questions:  The self-rating and the answer to question [##].
I have been told by you that her answer on question [##] is a cop-out answer and in many situations it is, but isn’t it possible that someone could provide this answer with a different mindset?
Mary is someone who has stuck her neck out with two companies to change the way they sell. Her actions speak louder than her answers to these two questions, and I have a hard time believing that she lacks commitment.
I am not attempting to challenge the science of the assessment, I am simply trying to make sure that this answer isn’t being misinterpreted.
By the way, this sales organization has only been in existence for six months. According to the VP of Sales the sales team is not complacent. In his words, they are 'still trying to figure it out.'"
My response follows:
"Charles, my responses are random…

Did you ever consider the possibility that in Mary's case she would rather be sales director, sales VP or even a salesperson, and not a regional sales manager?  There are so many reasons why someone could lack commitment, and in this case, commitment to sales management success.

I also looked at her evaluation findings.  Mary's lack of strengths, skills and sales management capability proves that her commitment is lacking. That stands out more than your observation that her work ethic proves she has strong commitment.  If she was the most committed person ever, and had been for a significant period of time, and had applied the training and coaching that you provided, wouldn’t her evaluation be significantly better than it appears?  As I said, it’s not about work ethic, it’s about a willingness to do what it takes – in this case, change – and she hasn’t.

You should also check out the first 10 articles that appear on this Google Search for commitment in sales."

Charles responded to me said:

"Dave, I appreciate your taking the time to respond to my email. This is the kind of ammunition I need and your points are well taken. I hate to bite the hand that has fed me in this case and I need to formulate a plan to help Mary regain her commitment to do whatever it takes.  The entire sales organization has only been in existence for six months and nobody on the team is performing up to expectations. I would hate to tell them to give up on Mary at this point.  If you have any examples of what you have done with other sales managers or salespeople who originally lacked commitment, to turn them around and push outside their comfort zone, I would love to know what you did. Thanks."

First, make sure that Mary is in the right role – for her.  Then, as a next step, you can try to get her committed to change.  She may be feeling committed to the company but the commitment we measure is her commitment to achieve her personal goals.  Does she have them?  The findings said no.  Start there.  I hope that helps."

If you didn't click the link to the other articles on commitment, do refer to them because they provide excellent perspectives and examples on this topic.

Lack of commitment is the one finding that gets the most push back - initially - because people react so emotionally to it.  "What do you mean I'm not committed to sales?"  "Of course Bill is committed to sales!"

Time tends to help sales leaders better understand the depth of this particular finding after they learn what to look for and listen to.  Then, as they listen to their salespeople in conversations and observe their actions and behaviors they are able to see it.

Despite the occasional pushback, this finding remains one of the single most important findings we produce.  Why?  The commitment finding is extremely predictive of whether or not salespeople will change, grow, improve performance and reach their fullest potential.

Are all of your salespeople unconditionally committed to their sales success?

A sales force evaluation will uncover that and much, much more.