MUST READ: Are Assessments as Evil as the Persona Movie Suggests?

Suppose you made a movie about cars and decided to feature the 1970's era Ford Pinto, arguably the most dangerous car ever made.  In your movie, you say that since the Ford Pinto is a car, it is therefore representative of all cars, and since the Pinto had a gas tank that could burst into flames from even a fender-bender, that all cars are equally dangerous.  Of course your movie doesn't mention safe cars like Volvo, full-size sedans, pick-up trucks, SUVs or specialty vehicles like sports cars, convertibles, or limousines.  Nope.  The Pinto is the poster child for cars.

That's the problem with the documentary Persona - The Dark Truth Behind Personality Tests. The movie shines the spotlight on the well-known Myers-Briggs Personality Type Indicator and swings between those that love knowing, being and relating to one of the sixteen personality types; versus those who are trying to change laws to prevent assessments like this from being used as a pre-employment test.

The film mocks those who embrace the Myers-Briggs while advocating for the elimination of pre-employment assessments.  The film focuses on people who believe they were harmed and branded as unemployable as a result of being rejected for work - supposedly because of their test results. Kyle Behm was one of those people and he committed suicide while the movie was being filmed.  The advocates against personality testing for employment issue the dire warning that everyone is or will be negatively impacted by personality assessments.

The film takes five huge leaps of faith and expects viewers to leap along with them:

In my expert opinion, this documentary is fake news.  While they covered both sides of the story, neither side was objective. They didn't tell the entire story while they used a broad brush to position assessments as an ugly, biased, evil tool that exists only to help corporations increase revenue while discriminating against large segments of the population.

Don't allow a movie, this movie, to bully you into not using assessments.  Make a decision to use the correct assessment - the one that is most predictive of success in the particular sales role for which you are hiring.  Choose OMG, named the Top Sales Assessment Tool in the world for ten consecutive years by Top Sales World and named one of the Top 20 Assessment Companies in the World by Training Industry.

Found! The Caliper vs OMG Comparison: Which Sales Candidate Assessment is More Predictive? 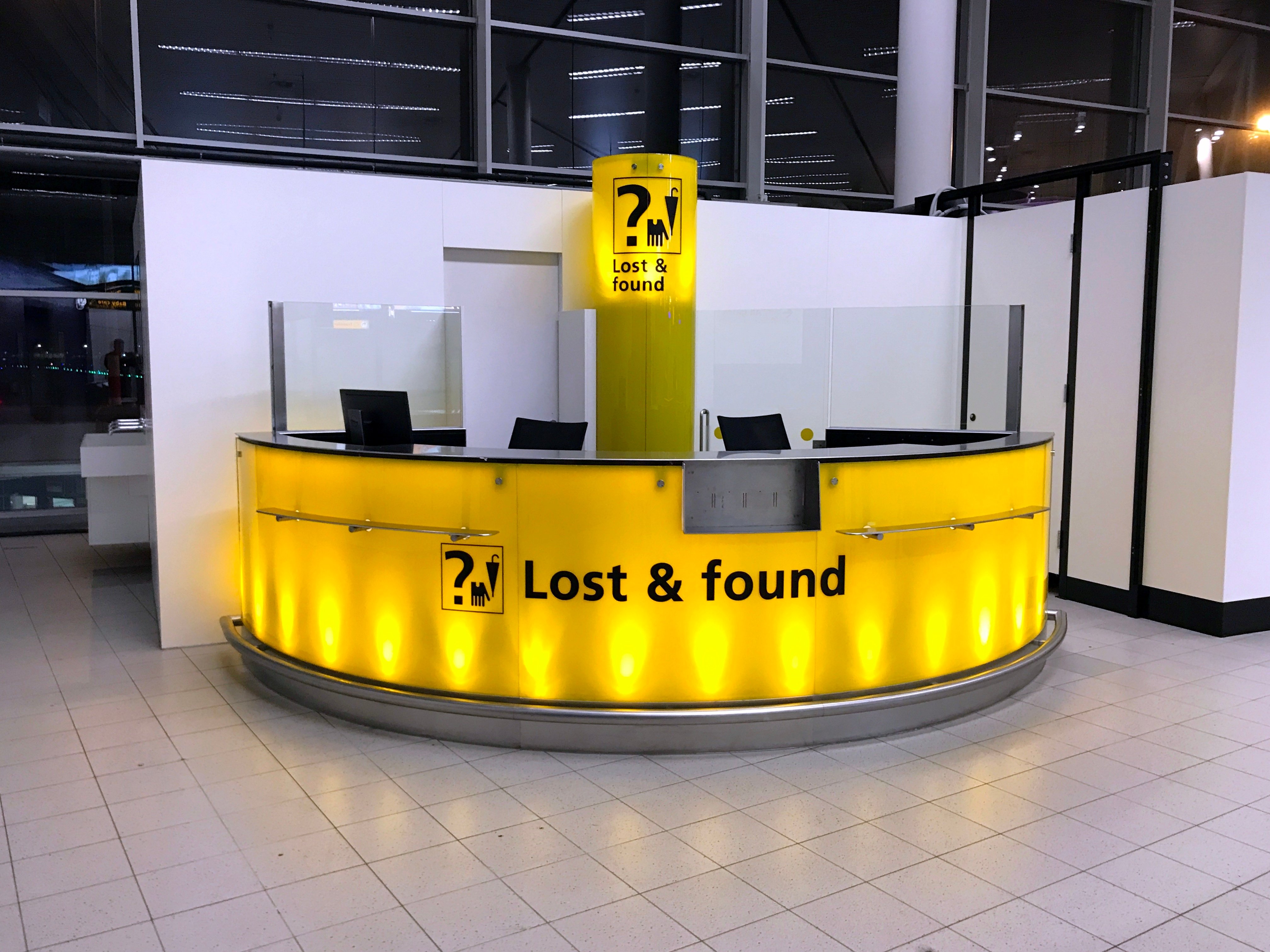 When are you most likely to find the item you lost or misplaced?  Immediately after you purchase its replacement, of course!

I just found an article that I wrote in 2012 but forgot to click the publish button!  Almost nine years in the making, this article compares OMG with Caliper and I did update it so that the information on both assessments is current.

I compared two assessments for the same candidate: one from Objective Management Group (OMG) and one from Caliper.  Not being one to pass up opportunities like this, I conducted another comparison where OMG recommended this person for the role and Caliper did not.

Additionally, personality tests are not able to provide insight into other important areas like:

A large insurance company recently stopped using Caliper for pre-employment assessments because it failed to differentiate between successful and unsuccessful salespeople.  For comparison, 75% of the candidates that OMG does NOT recommend, but who are hired anyway, fail within 6 months; 92% of the candidates that OMG recommends, who are eventually hired, rise to the top half of their sales forces within 12 months.
These are some of the personality traits that Caliper measures and reports on.  How many of them sound sales-specific? How many of them have anything to do with sales success? 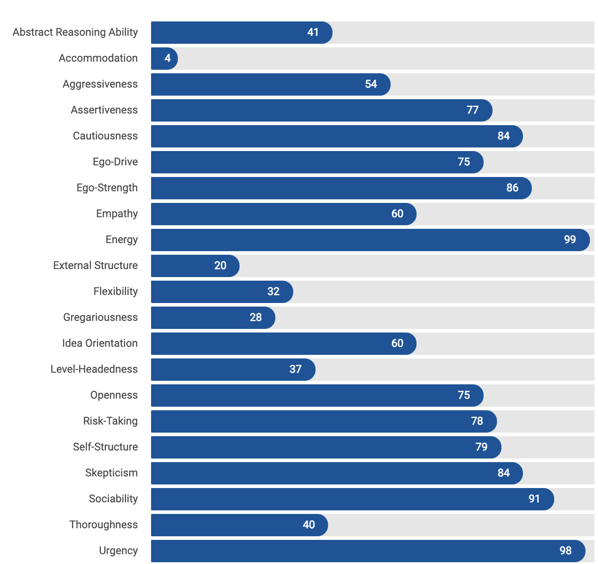 One could argue that assertiveness, empathy, gregariousness, level-headedness, skepticism, sociability, thoroughness and urgency are useful traits for a salesperson to have - and they are.  The problem is that they don't differentiate strong salespeople from weak salespeople.
By contrast, OMG reports on 21 Sales Core Competencies as well as an additional 8 sales competencies not considered to be core.  Each of the competencies have an average of 10 attributes that make it easy to see what is being measured, and what a competency is all about.  Notice the ten tactical selling competencies that are blocked in red below.  I'll share the attributes for two competencies so you can see that the attributes are selling attributes, not personality traits.

In a previous article I compared OMG to Extended DiSC and showed the attributes in the Hunting and Qualifying competencies.  This time around, let's look at the attributes from the competencies, Selling Value and Reaching Decision Makers to show how different this is from what a personality assessment like Caliper measures. 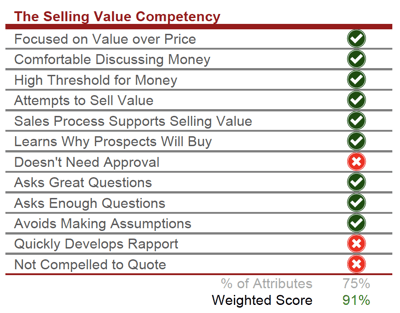 As you can see, these attributes define and complete each competency.  You may have also noticed that we show the percentage of attributes as well as the weighted score as some attributes are more important to the competency than others. That made a huge difference for this candidate when it came to the Reaching Decision Makers competency where despite having 57% of the attributes, he was missing the most important attribute. When you compare sales-specific competencies that drive sales performance and success, to personality traits that are not specific to sales and which fail to differentiate strong from weak salespeople, it's clear that OMG is both miles and decades ahead of any and all other assessments.

So which assessment - OMG or Caliper - is more predictive?  That answer is so obvious that it doesn't even require me to answer it!

Sales Candidate Assessments are extremely important because they prevent hiring mistakes and remove bias from your hiring process.  However, if you don't choose the right assessment, configure it correctly for each role, use it at the right time in the process, or heed its advice, don't count on any assessment to make a meaningful difference!