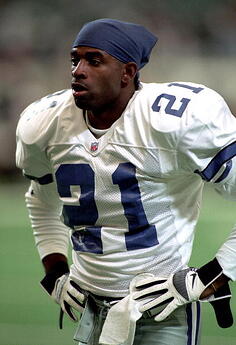 Top 10 Indicators That You Have a Trustworthy Sales Prospect

When we discuss trust, it's usually from the perspective of how to build trust, how to be more trustworthy and what to do when a prospect doesn't trust you.  These issues led to my White Paper on Trust, a study that had some very surprising and revealing results.  If you haven't seen it or downloaded it, you can get it here.

When one of my clients talked with me about trust last week, I was actually surprised about the context and direction he was taking it.

He believed that as early as his first phone call, he could determine when a prospect was going to buy and if they were being honest...but didn't think his salespeople could do the same thing.

We discussed that he has much more experience, better instincts, develops better relationships, asks better questions, and does a better job differentiating himself.  Those competencies and his experience do make a difference.

He asked if that could be taught to his lesser experienced salespeople and I said "no."  You not only can't teach instincts and experience, but if you tried, salespeople might use it as a justification for having happy ears, hearing more of what they want to hear without questioning it.

That said, there are some indicators that we can identify, to help salespeople have a better handle on whether the prospect is being honest and whether or not they will buy.  But these are not replacements for instinct. These indicators do not change the facts, they cannot move the opportunity to another stage of the pipeline or sales process, and they cannot alter the probability of closing.  They are simply indicators:

Yes, there can be more.
No, this particular list does not have any science or even a study behind it.  These are simply indicators that I have consciously and unconsciously used over the years.  They may or may not be transferrable.  They may or may not work for you.
Of course, you may not agree with me.  This is an easy article to punch holes in, so if you are so inclined, this is the time to do it!
Remember, these do not replace instinct or facts - they are simply indicators to help determine whether or not you can believe your prospect and accurately predict that you'll get the business.

Good News About the Economy Positively Impacts the Sales Force

I often get to see things six to twelve months before they happen.  When manufacturing placed projects and orders on hold as they did last October, it's easy to predict that it will trickle down and impact everyone else over the next six months.

The word from clients so far this week is that manufacturers are taking projects off of hold and releasing money - even in the automotive industry!  That too will trickle down and impact everyone else over the next six months.

Today I also heard from a client whose house sold in just one day.

Housing and automotive - positive signs from both camps - truly good news for everyone.

It makes your salespeople feel better, it gives them hope, and in turn it makes them work with more confidence.  When they are out there giving it their all, not letting the resistance get to them. following the sales process, using appropriate strategies and tactics, not accepting the first stall, put-off, objection or rejection that comes their way, you have a much better chance that your struggling sales force will generate some much needed revenue.

Haven't heard any good signs in your own industry yet?  Make some calls and talk with some people until you find even one example.  Then spread the good word to all of your salespeople and let them in on the win - even if it wasn't a win for your own company.

Will Gifts Get Prospects to Return Calls from your Salespeople?

A fruit basket arrived this morning.  My first reaction was, "who would want to send me a fruit basket?" It turned out that a salesperson sent it, hoping to get me on the phone.  He had already left two voice mail messages and stopped by on one other occasion.

As I write about his attempts to reach me, a few thoughts are running through my mind:

The problem is that I'm not a prospect for him and sending me fruit doesn't make me a prospect.  If he had already spoken with me and wanted me to remember him, the fruit basket surely would have separated him from the pack.  But just to get me to talk with me for the first time?  If I didn't have time to call him before, a fruit basket won't help me find the time tomorrow.

Remember, fruit baskets are OK for follow up.  They are lousy for getting prospects to the phone.  The best story I ever heard for getting people to the phone was a story I read in a business magazine last year. A company was recruiting engineers and they sent candidates a package containing a cell phone.  When the candidate opened the package, the phone would ring and the candidate would answer. Bingo.  This is a bit more expensive than the fruit basket but I'll bet it would work a lot better.