Rejection: Does Selling Cause More Anxiety Than Dating? 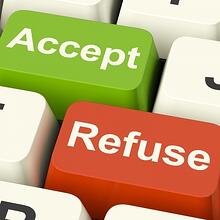 When those teenagers entered sales, I can assure you that no prospect ever wondered, "What if he doesn't call?"  But some salespeople did continue to remain anxious over, "What if he/she says 'no'?" and "What if he/she doesn't call back?"  That was classic fear of rejection.  While fear of rejection remained a big part of selling, and prevented some salespeople from making calls, the bigger problem was with the actual recovery from rejection.  Fear was only problematic for some, and only at the top of the funnel - when making cold calls.  Recovery from rejection affects a much larger part of the sales population and occurs later in the sales process.  Sure, a prospect on the receiving end of a cold call could hang up or say, "Not interested" in rejecting the caller.  But a "No" can just as easily occur much later, well after a salesperson has become emotionally invested in an opportunity.  The later the "No", the greater the rejection.  Rejection is as big a part of selling as closing, but we celebrate after closing and mourn after rejection.  The real problem for those affected by rejection is the amount of time it takes to mourn the loss and recover.  Some salespeople don't return to normal for days and weeks after being rejected!  Objective Management Group's (OMG) statistics show that 72% of all salespeople have difficulty recovering from rejection!

Our baseball playing 12-year old son has been on both ends of the celebrate/mourn outcome in the past three years.  In 2012, his 9-year-old and under (9U) All-Star team lost in the semi-finals and he cried for 2 days.  Last year, his 10U team won the championship and he celebrated for a night.  This year, his 11U team lost in the championship game and he was sad for a couple of hours.  Two lessons emerge from this.  The celebrating never lasts as long as the mourning; and the mourning time decreases with repetition.

Today, the abundance of technology and its place in selling has allowed fear of rejection to become much like it was in the golden days of dating.  Salespeople now wonder to themselves, "Will they reply to my email?"  Will they text me back?"  "Will they accept my LinkedIn invitation?"  "Will anyone retweet my tweet?"  "Will they like me on Facebook?"

Less control, more wondering.  To some, it's paralyzing.  Depressing.  I read somewhere that the more time people spend on Facebook (and I assume it would be the same for businesspeople on LinkedIn), the more depressed they become as they try to keep up, measure up and feed their follower-deprived egos.

Technology has certainly provided us with the capability to reach many more people in much less time than in the days when cold-calling was our only option.  But, technology giveth and technology taketh away.  The more emails, texts, InMails, Invites, tweets and messages, the greater the opportunities for neorejection to have a negative impact.

If I was one to be bothered by this, and I'm not, last week would have been a good example.  I use Tout to get a single email to many people. Tout allows me to organize email templates and groups.  For example, my application of Tout has the following groups:

I sent an email to one of those groups and then, an hour later, when I reviewed the live feed to see who had opened, read, and clicked through to the link, it was obvious to me that my email message must have sucked.

That's the difference.  A salesperson who is prone to neorejection would have been upset that people didn't get back to her.  I blamed myself for failing to write a more engaging note.

It's difficult to get salespeople who suffer from fear of rejection, neorejection, or recovering from rejection, to overcome it.  Sales Managers can provide affirmations, send salespeople to therapy, partner them up with someone else, or replace them.  I have an easier solution.  It's called SalesMind, a CD that uses self-hypnosis to overcome 10 of the biggest selling challenges around.  Email me if you would like to get a copy.

You Can Help Salespeople Burdened with Sales Weaknesses

If you have been reading my Blog for a while you know that there is more to selling than just utilizing skills to execute the sales process, sales model, and sales methodology.  The big, hidden, 600 pound gorilla in all this is the combination of hidden weaknesses that prevent salespeople from executing. 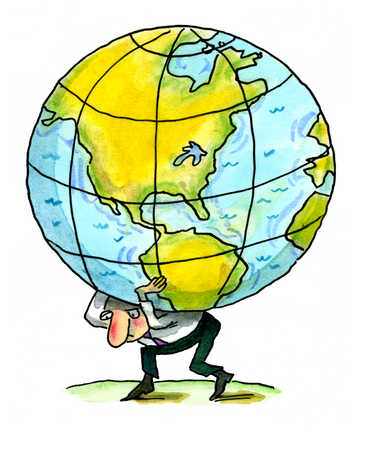 Is there anything you can do?
Yes, there is.  Have you heard of SalesMind?
You can have your salespeople work with the SalesMind CD. It helps them overcome these weaknesses - and more - through subliminal programming.  Even better?  It works!  I've been using SalesMind with salespeople for years and it always does the trick.
It works like magic, it works quickly (usually within 3 weeks) and effortlessly.  Your salespeople simply put the CD in the computer, watch the screen, and listen to the audio (only one program at a time) twice daily for 21 days.  And poof.  The weakness is gone.  Salesmind sells for just $99.
If you are interested in getting SalesMind for your and/or your salespeople you can email me.
0 Comments Click here to read/write comments