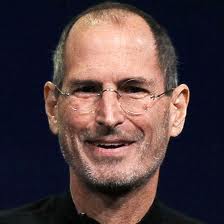 Is Showmanship a Lost Art in Selling?

I just realized that this is my third music-related post this week, but I'm going with it...

Last night, we were among the 35,000 or so concert-goers at the Bruce Springsteen concert at Boston's Fenway Park.  We have been to dozens of concerts, but this was the best ever.  Why?

It was his showmanship.
Showmanship is missing from most modern sales presentations.  Demos tend to be about products, technologies, capabilities and the company story.  Sales calls are about listening, asking questions and qualifying.  But what ever happened to showmanship?
Yesterday, at an internal meeting, we were coincidentally discussing Elmer Wheeler's "sell the sizzle, not the steak" phrase.  He coined that phrase in the 1920's or 1930's!  Elmer is also the guy who came up with the concept of pain as a buying motivator.
I'm in the process of reading the Steve Jobs biography.  He wasn't a very nice person, was impossible to work for and with, and was self-absorbed.  But he was a brilliant innovator and great at showmanship.  His MacWorld appearances were 90% showmanship and 10% technology.
These days, we don't place much emphasis on showmanship, choosing instead to focus on other aspects of the sales cycle.  But when we talk about presenting, should we also spend some time teaching showmanship?  What do you think?  Please chime in on this one!
7 Comments Click here to read/write comments