Curiosity, Salespeople and The Cat

Curiosity killed the cat, but it also has nine lives.  So which is it? I think that it's more likely that while its curiosity may get the cat in trouble from time to time, it also makes each of its "lives" much more worthwhile. 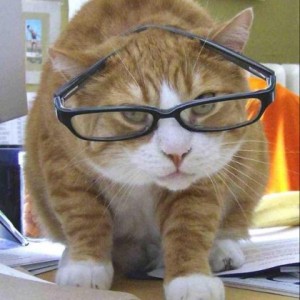 Ron Insana of CNBC was speaking on the radio the other day. He was recounting a theme from his interviews with successful business leaders. While commitment, passion and optimism were all on his list of crucial traits for success, curiosity was atop the list.

Whether people came from finance, technology, retail or commercial backgrounds, they all demonstrated insatiable curiosity often turning the conversation around off microphone or camera and effectively interviewing Ron. The process occurred naturally without technique or self-interest. They simply wanted to learn more and understand another’s experience.

Salespeople know that asking questions is probably the most important thing they do, but frequently the questions sound canned or self-motivated. They often form opinions rapidly about the meaning of what they heard without verifying that their opinion is accurate.

To me my aunt was an example of the curiosity innate in so many successful people that Inman described. In every conversation I can remember with her she made me feel like what I was thinking really mattered. She had the ability to draw you out and get to the heart of things. I suspect all of you have known or know someone like this. Learn from them.

Curiosity is a genuine human trait that creates stronger relationships. It’s a natural act. Go to a preschool and watch the kids. Their faces are alive with curiosity and excitement for the moment.

So my suggestion is, be a kid again and act on your natural curiosity. The “rub” will likely be your ego and desire to make yourself the center of things, so you may need to practice being curious.