The Yin and Yang of Great Sales Calls 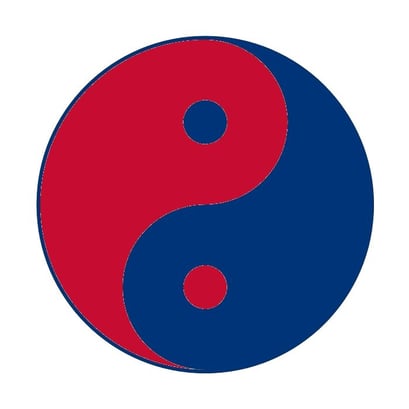 When you underestimate the bias of your prospects you do so at great risk.

Last night I watched a commercial bashing car salespeople with the tag line “we are not like that”. You are probable saying I don’t sell cars so why is this relevant.

Take a step back and honestly answer yourself these questions.

• How do I really feel about salespeople?
• What words describe salespeople for me?
• How do I feel when I am the prospect?
Over the years I have asked roomfuls of salespeople these questions. I have never had more that 50% answer in a positive way. This means salespeople don’t want to be seen as salespeople. So how do they want to be seen? The words trustworthy, honest, high-integrity, not pushy, likeable, helpful and valuable come to mind.

If 50% or more of salespeople are negatively biased against salespeople, what percentage of your prospects do you think feel the same way? This does not mean they can’t become trusting and open. It means the “relationship” begins on rocky ground and is greatly influenced by their experiences, perceived or real, which are usually negative.

Back to the commercial. It’s based on the premise that viewers emotionally connect to a negative car buying experience and that telling them this won’t happen will persuade people to give them a try. Unfortunately, people’s general response to being told what they believe is “not true” is BS or, at a minimum, results in a high degree of skepticism.

A quick teaching moment. When prospects ask your opinion what they are almost always asking is for you to validate what they already think. At best you have a 50/50 shot of answering correctly. The correct response is some form of validation, thanks for asking, followed by a question, what are your thoughts.

The risk I spoke about earlier is not just yours. The guarded, cautious approach you see from prospects also hurts them. If you don’t break down the barriers to the relationship you can’t be of maximum service to people, something I believe most salespeople desire and prospects deserve. In a roundabout way the negative bias exhibited by prospects makes it harder for them to make great buying decisions and effectively solve the problems they face.

Who must bear responsibility for this? Salespeople. Yet, while trying not to appear as the salesperson we don’t want to be, we ultimately reinforce the biases of our prospects. When we message, "trust me," without allowing them to talk about their distrust, we make things worse. Relationships are emotional, not intellectual. Unfortunately, to compensate for the dis-ease prospects feel, they approach us intellectually. You must help your prospects let go of these defenses and open up emotionally. If you don’t, you are and always will be a commodity and/or transactional salesperson.

Let’s look at some of the things that salespeople believe or do that reinforces the problem:

• "I need to close this deal" can make me appear desperate
• "I’m not like that" so I need to honestly explain why
• "They seem very guarded" and I would be as well
• "When they ask for my thoughts I must provide the answer" so I talk but they don’t
• "That sounds inconsistent" but If I push back I may upset them
• "It’s OK when they think it over because prospects who think it over will eventually buy from me" so I extend the sales cycle and risk losing the business.
• "I know they are not the decision maker" but if I push back or go around them I could lose the business
• "I want to create a comfortable selling environment" because challenging prospects is risky
• "They won’t share their budget" and in this situation I wouldn’t either

This list goes on and on and varies by salesperson, but the impact remains the same, we look just like every other salesperson.

Great salespeople ask difficult, tough questions, remain OK if they lose, confront bias when they see it, and are acutely aware of managing the anxiety that their prospects feel. They believe selling relationships must be equal, demand to be treated well and speak the truth even when it may be uncomfortable for the prospect. Most of all, they tenaciously focus on momentum. This means asking about changes as soon as they occur.

Want to learn more and become a better salesperson? Click Below.