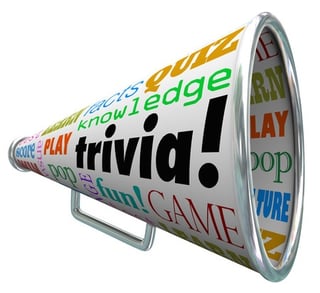 Last week, I was fortunate to spend 3 amazing days at the Gazelles 2016 ScaleUp Summit and Scaling Up User Conference.  I've always been a huge fan of getting away from the office 1 week a year for personal enrichment.  Taking an annual "Think Week" (as Bill Gates coined the term) has consistently benefited me both professionally and personally.  Some of my best ideas happen when I'm away from the office and my mental switch is flipped back to "academic mode."

One of the exceptional speakers at the ScaleUp Summit was Erik Qualman (a.k.a. @equalman), author of "What Happens in Vegas Stays on YouTube: Privacy is dead. The new rules for business, personal, and family reputation."  Many of Erik's points are summed up by his 2-minute video (definitely worth watching) and this longer 19-minute TEDx Talk.  A couple of my key takeaways from Erik's talk were that social media is no longer optional, and that everyone needs to be concerned about their Digital Stamp.  Just this week, I witnessed a great example of what happens when you forget these points.

Once a month, I get together for dinner and trivia with 3 fellow WPI alumni -- an electrical engineer, a mechanical engineer, a civil engineer, and me (sounds like the beginning of a joke).  I'm extremely picky on what makes "good trivia."  The definition of trivia is "information of little importance or value," but there is a big difference between trivia that rewards one's breadth of knowledge and experiences, versus trivia that is simply some obscure fact picked from the Internet that shows "look I'm better at Googling than you are."  With that in mind, I have always enjoyed the trivia researched, curated, and delivered by a specific host we ran across years ago, and even followed once to another restaurant.

This week, as we all met up for our monthly trivia get together, we noticed that the usual trivia guy wasn't there!  Worse yet, this was not just another person filling in; he was a permanent replacement!  We asked the waitress what happened, and she replied that she didn't think she was supposed to talk about it.  Another few seconds of interrogation got us "There was an incident last week, but I don't think I should say more than that."  "Oh come on," I said, "you can't just leave us with that!"  The waitress went on to explain that last week, the trivia guy caught a group using their phones to look up answers, disqualified them, and an argument ensued.  That doesn't sound too odd, but here's the twist... the disagreement didn't end that night.  This group of phone-cheaters took to social media.  They posted on Twitter, Facebook, and the restaurant's website.  They raised social hell!  In the end, the restaurant fired our favorite trivia guy to stop the social media backlash.  Social media took a bite out of our favorite trivia guy.

But notice the title of this article... I said social media bit TWICE!  The second bite was when we said "Hey, that guy was great, let's figure out where else he does trivia and relocate our monthly get together."  That was quickly followed by "Who knows the trivia guy's name?"  Crickets.  "Wait," I said, his company name is on the restaurant's website in their calendar of events (aren't I clever?).  We also deduced that his first name was "John," given that one of the teams that night called themselves "Bring back John."  So now we knew that we needed to find "John" from "Whaddya Know Team Trivia".  But guess what we found in Google, Facebook, and Twitter... nothing.  In Erik Qualman's terminology, John's business had only digital shadows, but no digital footprints!  Worse yet, there's another trivia company in Chicago that goes by "Whaddayayaknow Free Pub Trivia."  John hadn't even picked a unique name!  By ignoring social media, John had let it bite him a second time!

Social media isn't something that you can choose to do or not do; it's the reality of the present.  Someday, you may well be faced with an angry customer complaining about you online.  How you address it will contribute to your company's digital persona, and how current and potential customers view you.  You can get ahead of the ball by working on your online brand today, or you can get bitten someday in the future, like John.

Incidentally, if anyone knows John who hosts "Whaddya Know Team Trivia" in the Boston area, have him reach out to me!