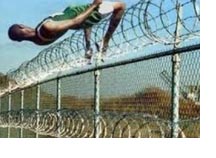 We often talk of “breaking through barriers” as an important step to getting unstuck, achieving goals, and reaching full potential.  As many of us know, entire industries have been created around this topic.  When we speak of “living sales excellence” (the purpose behind these blog posts), understanding and overcoming our barriers is an important part of that conversation.  This might surprise you, but I’m not going to cover the whole topic in this article, partly because my limited knowledge on that very broad topic would endanger you, and partly because my computer doesn’t have enough ink.

So, let’s just look at one common barrier amongst sales leaders:  Need for Approval from Salespeople.  This differs from Need for Approval from Customers as the titles suggest, but they do not necessarily go together.  When we assess sales managers (and we’re up over 150,000 in our database), we find every combination of one or the other, prospects and/or staff.  In smaller companies, sometimes the sales manager wears other hats (including CEO).  Without the bandwidth to focus 100% attention on sales people, there is often less understanding of how to manage them and greater fear of upsetting them.

First, here’s a short explanation.  Need for Approval means that one needs to be liked.  It means that one is concerned enough about being liked that certain kinds of questions are not asked, certain topics are not broached, and a theme of avoidance of difficult topics permeates every discussion.  It’s difficult to properly challenge a prospect when there is need for approval.  So, how can you be consultative in your approach?  Similarly, when it applies to sales staff, there is a fear that actions, statements, or demands might diminish how one is perceived and lead to some form of mutiny.  If you have this fear, how can you really hold your people accountable?

Recently, I was working with a sales leader who had this particular weakness, which the OMG Sales Manager Assessment clearly indicated.  In his case, he was particularly good at motivating people.  It’s analogous to having one bad knee.  You limp a little and make the other leg carry more load.  This could lead to a cascade of other problems including back pain.  Interestingly, his weakness in the area of Need for Approval led him to emphasize his ability to motivate, in an obvious but subconscious attempt to overcome the weakness.

In other words, if holding people accountable is hard, one might look for alternative ways to accomplish that in the thinking that it might alleviate the need to stand up to your people.  “Gosh, if I can get them fired up and performing, I won’t have to have a hard conversation with them for not performing.”  The root cause of this particular brand of Need for Approval might be fear.  The “back pain”, however, is the lack of respect and corresponding ineffectiveness in holding people accountable.

If you’re starting a new job as a sales manager, or if you have just hired someone with this issue to lead your team, here is a way through it:

If you’re not new, but know you have this problem, it’s trickier.  You must now make a change in your behavior, and people notice changes.  If you are already worried about how your people view you, this might make it even more difficult.  Sometimes it’s helpful to combine this change with other corporate changes, such as new demands for higher growth, greater margins, expanding territories, increased market share, new partnerships, or any other goal to which you can reasonably tie your change in behavior.

You might say something like this: “Our shareholders are demanding 10% growth this year coupled with a 25% reduction in overhead.  These are big goals.  We’re a motivated group of talented salespeople, but we need to elevate our game.  I expect to lead the way by elevating my own game.  You can expect, going forward, that I will do a better job of clearly defining what I need from you.  My goal is to bring out the best in you so you can achieve the goals of the organization.  At times, I might be tough, but fair; sometimes confrontational, but as kind as I have always been.  It’s going to feel a little different to you and that’s understandable because you won’t be used to that from me.  But know that my commitment to your success is unwavering and together we can be much better.”

Is your leadership in fear of the sales team?  Do you or they believe that upsetting salespeople will put the company in jeopardy?  Are there certain sales staff around whom you walk on eggshells?  Are you in control of sales staff or the other way around?

It might be time for a sales force evaluation.  Try this handy sales force grader and see if you might be ready for that step.  Take a look at this case study to see what happens when, instead of reacting to the need to make changes, you stop and assess to find out what’s really happening.  Sales force development is a broad topic.  Dave Kurlan explains it well in a video found at this link.  How much better can you be?  What will it take to get there?  What would you do if you had no fear of negative reaction from your sales team?