Don’t you hate when you have a great prospect and you’re about to close, and your offering makes a ton of sense and you know you can really help, and then poof, the deal is scuttled by internal politics? Or am I the only one? From the salesperson’s vantage point, outside the company, isn’t it interesting how clear it is to tell who the people are that care about the company and who are just thinking about themselves? It can drive you crazy: “Don’t you see what this person is doing!?” And yet, within the company, there doesn’t seem to be enough will or even understanding to do anything about it. In the interest of delegating, so it goes, oversight gets neglected. 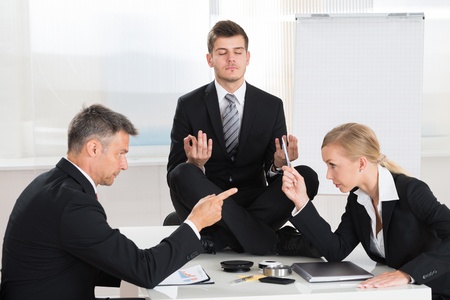 The larger the company, it seems, the more likely that is to happen. But it doesn’t have to. Selling to larger companies adds a political dimension that is as important to the sales process as any of the critical stages, milestones, and steps we build into an effective sales process. As if selling isn’t hard enough, without adding a seemingly random roadblock, unconnected to the solution.

I hear frequent stories from my clients describing internal politics that slow progress and halt deals. The details of each story are different, but the themes are the same and the behavioral psychology is often familiar. Humans behave like humans. Failing to understand that and failing to plan for it, as the saying goes, is planning to fail.

The typical story goes like this: Their salesperson, Ethan, might tell us that the company's CEO, Janet makes all the decisions. "But we’re meeting with Dave, who expressed that he wants to move forward with our proposal. Dave’s head of procurement." But then there's Jim in operations, who used to have a bigger position. "Dave likes Jim. He brought him to the firm from a company where they both worked in the past. It doesn’t seem like the company has a lot of confidence in Jim because they moved him from running all of operations over to 'national projects' which was obviously a made-up role, but they let him keep his VP title. And Jim, of course, has an opinion about the deal even though our solution affects him more or less indirectly."

"I think Dave’s protecting Jim," Ethan might say, adding "Jim actually likes us but he has no clout. And Dave wants to move ahead, I think. But Dave is afraid to talk to Janet because he doesn’t want to put his neck on the line." Enter Michele, who is a procurement specialist under Dave. "She thinks we’re a good fit for the company. Actually, I don’t know if she thinks that but she likes me personally and we hit it off because we both had similar theories about what’s going to happen next on Game of Thrones."

"She said Dave and Jim are having trouble getting together on exactly what to do." Jim, of course, needs to demonstrate that he's still relevant. "It’s a rare clash between these two friends." I don’t think I mentioned that Janet is indifferent to us and to our solution, but since Dave isn’t communicating the details of our deal to her, we don’t know what she knows nor why she would care. Oh and one more thing. He's been working on this deal for eight months. "We’ve had lots of 'really great' conversations," continues Ethan, "and a 'no' is just a 'yes' delayed, right? But they haven’t exactly said, no." They’re getting closer to agreement, and to moving forward, and to getting Janet involved, but the progress report at eight months sounds a lot like the progress report at four months.

Sound familiar? Though this is a simple example for illustration purposes, there are clearly politics at work here. Do politics play a role in selling your products and services to your customers or clients? Are you coaching your salespeople through this kind of sales-process-gone-sideways, regularly?

These are the common questions that come up when politics gets in the way of an otherwise compelling solution. In this case, the salesperson, Ethan, was trying to speak with Dave and Jim to understand their relationship and help them get on the same page. The theory was that if they could agree on how to move forward, together they might be able to convince Janet that this is a good idea. They just needed to get aligned and frankly, grow some… er, courage.

But was this the right choice for the salesperson, given the politics of that specific environment? We often get caught up in the value of our solution and then get frustrated that it’s not moving ahead, especially when, duh, “it’s a no-brainer.” If we don’t understand the internal politics, however, we won’t be able to sell in those environments. Instead, we’ll be limited to simpler interactions, selling to an end-user or a decision maker with few other influences. It’s safer and easier, of course. However, mastering politics in sales opens up far more opportunities for expanding your market.

Mastering politics doesn’t mean you’ll close every deal. Selling in a political environment means cutting threw the noisy communication cross-currents, undercurrents, and general kicking under the table in executive meetings, to find the path that will get you an answer. Sometimes it’s trial and error. The value in getting this right is high, regardless of the outcome of the sale itself. Here’s why:

In other words, work to move the deal along, as early as possible, to get a decision either way. The mistake is wasting time chasing woozles around trees. So where do you think it went south in the example above? How did Ethan, after spending so much time on this deal, find himself running in circles around a clump of trees with his friend, Piglet? 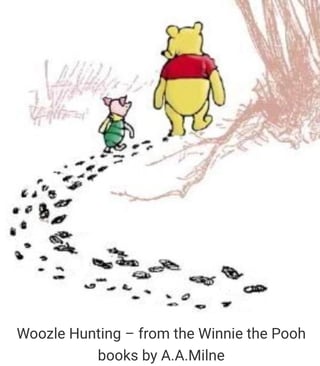 Ethan told his manager that he was frustrated but that he felt that if he could get Dave and Jim to the table again, and hash this out between them, he could get the deal back on track. What would you tell Ethan to do?

Remember the opening line. “Janet makes the decisions.” If the solution is right for the company, then Ethan does them a disservice if he fails to close the deal. He’s caught up in a political eddy between Dave and Jim and missing the real issue: Janet is not getting what she needs for the company to progress. Ethan needs to get to Janet. Obvious, right?

And it’s at this moment where our beliefs might get in the way. “No, you can’t just go around Dave!,” you might say. “They’ll never do business with you again.” In addition to this one, there are variety of other beliefs that could prevent us from looking at the problem clearly and doing the right thing in this situation:

7 Non-Supportive Beliefs that Get in the Way

What would happen if we re-wrote these beliefs so that they were more supportive? We don’t need to debate whether the belief is right or wrong because the answer, oddly, doesn’t make a difference. It only matters whether it is supportive or not to selling.

7 Supportive Beliefs that Cut Through the Politics

Using these new supportive beliefs, how can we clarify the appropriate next steps on this stalled opportunity? Recognizing that every situation is different, politically, in this case we see that Dave and Jim are working out their new relationship with Jim’s “demotion.” Dave expressed that there’s a compelling case for the deal, but isn’t driving it forward. He’s putting off Ethan, the salesperson, with an endless back and forth dialogue with Jim. Waiting for them to work things out might take a long time, and the emotions associated with fixing their problems with our service will dissipate.

The key to this is the CEO. We need to get to Janet and find out if there is urgency to solve the problem. Dave was the right person eight months ago but we have to recognize he has failed to play the role he should be, and has lost sight of the value, or might never have seen it in the first place. It’s been too long.

So instead of waiting another eight months, the simplest solution is to pick up the phone and call the CEO, get an answer and move on. But wait, Janet is likely to put us off or ignore us. Remember that Michele is involved and we hit it off. So call Michele and have her send the CEO an email telling her that she recommended that you call her and to expect a call from you soon. And this is just one approach. I’d love to hear your ideas. What would you do? Write an answer in the comments section below.

In the context of supportive beliefs, notice that the political solution presents itself once we clear the obstacles of our beliefs and get out of our own way. Janet wants to speak to me because I can help her. She trusts me because I tell the truth and I will serve her. Because I’m assertive, I pick up the phone and push ahead in the best way I know how. Dave, Jim, and everyone else will respect me when I help them get rid of their headaches. My sense of urgency to close is more powerful than the excuse of Dave and Jim stalling. And I’m not wasting any more time when I can get a decision either way, right now, and move on.

There is always a constructive path through the political noise. When our beliefs support selling success, it’s easier to find it. For sales managers coaching through this, use your position as an objective observer to find the real problem for the salesperson. In this case, Ethan was caught up in the stories and forgot his purpose. Questioning this deal with Ethan throughout the process, in the context of coaching, usually resulted in a retelling of that week’s tails and tragedies in an endless saga. Queue the sound of the needle scraping across the record. Stop. The stories all mean one thing: the deal isn’t getting done and now you’ve become part of the story, having been sucked into the vortex of the politics.

The more players there are, the more opportunities there are to find or construct a path toward a solution and decision. The more confusion and personal tensions within the company’s political realm, the more you become the provider of clarity and reason to the conversation, so politics don’t scuttle your next deal.

Note: If you’re a sales manager, sales VP, director, or CEO, and you want to learn how exceptional sales coaches help their team continuously improve, you won’t want to miss our spring Sales Leadership Intensive at Kurlan & Associates Training Center near Boston, Massachusetts on May 22nd and 23rd. You’ll also learn to shape your environment, motivate your team, recruit like the best, and hold everyone accountable. Be prepared to work. It’s a packed two days. Click here for details. As a reader of my blog, this special link will give you a $100 discount.