How Can Consultative Selling Already be Dead? 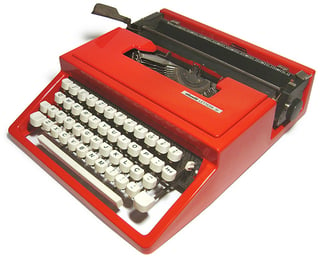 In this article for Middle Market Executive,Tom Searcy insists that Consultative Selling is dead.  He says that consultative sellers end up with buyers who can only make small decisions, experts end up in purchasing and only industry authorities can reach executive decision-makers.  He also says that consultative sellers ask, "what is your pain?", experts say, "here is your pain", and authorities say, "here is the pain your industry is having and how you can uniquely overcome it." 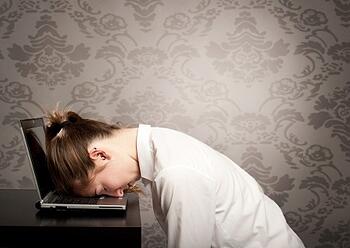 McKinsey & Company did a study and documented that 75% of solution selling efforts were considered failures after only three years. I read this statistic in a book about sales conversations and was struck by it, but perhaps not why you might think. The authors went on to make a bold leap of logic. It’s the “messaging behind the methodology” that’s the problem, they concluded.

It struck me because it’s almost exactly the same statistic as the number of salespeople who suck, 74%. Maybe they were rounding; I’m not. After assessing over 800 thousand salespeople, that’s the resulting number, and has remained consistent for the last three decades. It makes sense that the weaknesses at the salesperson level would scale up to organizations more generally. Without understanding why that happens and without understanding the impact of management, most sales process implementations will be doomed to failure.

Let’s take a look at what might be going on under the hood, but I’d like to start with two quick definitions:

What is a sales process? These are the specific steps you follow on your way from a lead to a closed piece of business. What are the stages along the way? What are your milestones within each stage? How do you know you completed a stage? How does that inform your pipeline and allow you to forecast?

What is a methodology? This is how you go about executing certain steps within your process. Solution selling, for example, is a methodology that suggests that you find out what your prospect needs and present a solution from your basket of goods or services. There are many others, including some that work well depending on the specific stage of the sales process.

We know there are lots of sales processes and methodologies. It could be that your “messaging behind the methodology” is not good enough, as the book suggested, or it could be that the messaging is only an important component of the execution of the whole process. Messaging, as described, is really a methodology itself. In a sales process, messaging is most important at the beginning, when you are getting the attention of your prospect, and at the close, when you are confirming your value differential.

In both cases, you are talking about whom you help and how you help them. At the beginning, your message refers to a hypothetical person, but presumably one just like your prospect with the same kinds of problems. At the end of the sales process, we’re talking about exactly your prospect, because now we have enough knowledge to do so, and furthermore, you identify the manner in which you help that highlights what your competition doesn’t have or doesn’t do well, but that your prospect needs. I believe that was the key message of the book I was reading.

Most salespeople don’t follow a process. To be precise, 90% of salespeople don’t follow a process. We know that because we asked 800,000 salespeople if they had one and 90% said they didn’t. Could that be indicative of the problem with your team? Just having a process, of course, won’t solve the problem, as the opening statistic from McKinsey pointed out. But without one, you’re wandering in a darkened Fun House at Coney Island hoping you bump into the exit door.

Most salespeople don’t use a methodology either. In my view, a good methodology should tap into what is already fundamental about selling and make it easier to follow so that everyone can use it. Dave Kurlan’s Baseline Selling, for example, accomplishes that.  Since Baseline Selling has a sales process built into it, the methodology component is comprehensive because it covers the entire process. When salespeople learn a methodology, sometimes it only covers a portion of the process.

To make matters worse, even when salespeople memorize a process and learn a methodology, they won’t necessarily execute it unless they have the skills and the underlying DNA. They might have to remove psychological barriers and other hidden weaknesses to clear the path. To learn more about this phenomenon, read this excellent article by Dave Kurlan.

So if most salespeople don’t have a sales process and don’t use a methodology, or if they do, it’s incomplete, and if most salespeople are missing important skills or have hidden weaknesses that prevent success, the fact that 74% of salespeople suck should be believable. As you might have guessed, that number isn’t a guess; it comes from those same 800,000 salespeople assessed by Objective Management Group, covering some 140 million data points.

It’s not enough to point out the failure of an incomplete and probably poorly executed launch of a methodology like “solution selling” and declare that messaging is the answer. There could be lots of other reasons for the failure rate.

Here are my Top 12 Reasons that Sales Methodologies Fail

An evaluation of your sales team would reveal why your sales aren’t improving as much as you believe they could be.  It might be, after all, how you are messaging. It’s more likely, however, that it’s not that simple.

The first step is gaining an understanding of what is required to get your desired outcome. The next step is finding out what is standing in the way. We don’t have to guess, and we don't necessarily have to add a complicated message that only the elite 6% can execute. It’s best to measure precisely what is needed and construct a plan that results in a team that, regardless of your message, knows how to find a way to close more deals, faster.

By improving your sales force so that the bottom 74% are trained up or out; and by improving management to effectively recruit, coach, motivate, and hold people accountable; and by selecting the right processes and methodologies for your business, it’s much more likely that you won’t find yourself among the 75% in the graveyard of failed initiatives.
Copyright: / 123RF Stock Photo
4 Comments Click here to read/write comments

There was a discussion in our recent sales meeting about the lack of excellent sales processes at most companies.  We ought to know.  Led by Dave Kurlan, we've written over a thousand articles combined to help companies better understand their sales force.  While many of these articles are about process, he noted in a recent article that there has not been a significant shift in this area by most companies.

The structure behind a sales force's activities is the process which they follow to bring a potential customer from lead to suspect to prospect to qualified to closed.  Your CRM tool, in part, should be designed to help with process.  Following it carefully and in the right sequence, can make an enormous difference on the outcome.  It ensures that every good lead has the best chance of a successful close.

I was recently in lower Manhattan and noticed the progress which was being made on the Freedom Tower.  It occured to me that the sales process is similar to building a skyscraper.  To an outside observer, it looks like a magic trick.  How do they get the crane to go continuously higher as the building gets taller?  Don’t you need something higher than the building to lift it up?  How do you attach enormously heavy windows and cladding to the outside of the building which is a thousand feet up?  How do you accomplish seemingly simple things like getting water to come out of a sink on the top floor?  It seems impossibly complicated and daunting.

How they build it is beyond me, but it's clear that they have a process.  They do things in order.  The order makes sense.  They are experts in their field.  All of the contractors and suppliers work together so that each piece fits on the next one in the proper order and at the proper time.  They are aligned in their purpose.  Without this process, the building can’t be built.  If they do it out of order, they have to tear part of it down and redo it in the proper order.

A sales process works the same way.  For sales to be effective, there must be a structure and a process.  It must be executed in the proper order.  If it’s out of order, it gets stuck.  Think about the specifics of your sales process for a moment and ask yourself some questions:

For even more sales process issues, read Frank Belzer’s recent article.  While you’re at it, download his new E-Book on having a great 2013.  Your team must be experts at selling your products to your market.  Are they working together with management in alignment with your corporate mission and standards?  Are they helping to build an edifice of effectiveness where strong growth is standard and where your business stands out above the competition like a skyscraper?

Take a few minutes to grade your sales process.  It’s free.  Whether you take it any further or not, it could be valuable and useful information.  Increasingly, companies are asking us to rebuild their sales process.  They're looking for greater accountability, better metrics, clear action items, measurable progress and outstanding results.  If you're interested in having a conversation like this, let me know.