How the Dreaded Sales Script Can Help Improve Your Team 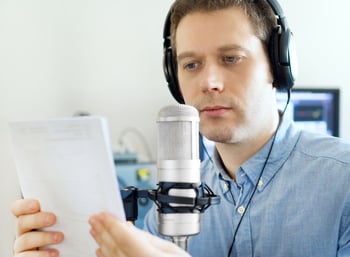 Imagine using a script for all of your sales calls and meetings. Get on the phone: use a script. Have a meeting: use a script. Get hung up on an objection: use a script. Now imagine managing your people. "Here's your script. Don't stray." And imagine what your ad for salespeople would look like? "Wanted: Anyone who can read."

Sales managers frequently ask me how to use a script for certain selling situations and how to use them for coaching their people. You might be thinking that one shouldn't have or need a script, or that sounding scripted is unnatural and not something real salespeople need, or that scripts are only for rude telemarketers. And you'd be right. And they also serve a more helpful purpose. The sales manager on top of their game understands both the useful purpose of a script and the need to toss it aside just before you might actually be tempted to use it. Let's explore this misunderstood but important area of sales coaching and find out how to use a script to help your people improve while perhaps not sounding scripted at all. Ready?

First, where do we find scripts. Here are some examples:

"Good morning, Bill. Do you purchase industrial phenolic wheels? Good. May I take fifteen minutes to tell you why mine are the best? Thank you. We have a vast array of kingpinless phenolic wheels at any load capacity you need...blah blah."

"Thanks for telling me that, Jill. I often hear people say they are all set. Can I take a few moments to let you know what you might be missing? We have a vast array..."

"Thank you for stopping by the booth. What interested you? Who are you buying from now? May I show you this short video showing the vast array of..."

I chose these somewhat comical scripts because they are close to the kind of language I often hear from clients at the beginning of our engagement. And it doesn't matter if it's industrial wheels, software as a service, TV advertising, or professional services. The concepts are the same.

On the flip side, some will say, "I don't want to script anything. I'll just wing it." Then I'll ask them, "So what's your strategy for when a prospect says they are all set?" And I usually hear some hesitation followed by several reasons why they should consider buying from them. "If I can just show you our vast array of wheel options, I think you'll be impressed. We are second to none in service. We ship to this area three times per week. We keep every accessory and part in stock locally... etc..."

The Purpose of the Script

The above examples demonstrate where scripts can be helpful. Here's why. Absent a formal sales process, most salespeople will result to the kind of language patterns shown above, and will follow a default process that is some variation of trying to get in front of the right person, present all their great stuff, and ask for an order. The resulting coaching session might sound like this:

On the other hand, if there were a formal sales process in place (grade yours here), the manager might have poked a few holes in that description and analysis. "When you asked them why it was so important to make a switch at this time, what did they say?" And then, "It sounds like your presentation was a bit premature."

"Okay," your rep might say, "What should I have said?"

Example of a Script

"It's nice to meet you, Bill. I find that the people who do what you do, and who ultimately want my help usually tell me either that they are frustrated by slowdowns caused by bad wheels on their industrial carts, or that they are concerned by the high variability in service life of their wheels making it hard to plan ahead. Are either of those true for you?"

From the prospect's answer, a conversation can ensue. Wouldn't it be nice to work out in advance how this initial question should sound so that it sparks a discussion about your prospect and their issues, concerns, and difficulties, rather than making it about you? Your rep will normally resort to doing it the way they are used to doing it and the way that makes them comfortable. The point of the script, in this case, is to practice a new conversation starter to the point when which it becomes comfortable.

When coaching your people, role play this scenario enough times so that it rolls off the tongue and so they are truly comfortable with it. Then...and here's the good part; never say it the way you wrote it. In other words, write the script, and then don't use it. The point isn't to have a script. It's to get comfortable with a new approach to a conversation. When you are in the moment of a real sales call, be yourself, speaking to your prospect the way you might speak to a friend that you believe you can help. Your salespeople will be relieved that they don't have a recite a script. If they aren't, you might have other problems with your team and you can do some quick math here on what a non-performing person can cost you.

The script is for thinking through a change in the sales conversation. Coaching is an opportunity for a manager and a salesperson to work, one-on-one to make an improvement in the salesperson's skills. Now imagine your people using a script as a tool to make improvements over how they've been doing it for perhaps years and years. Someone smarter than me once told me that no one is in sales for 20 years; they are in sales for 5 years and repeat the fifth year fifteen more times. Now you can add script writing to your available tools to help your people make improvements regardless of how long they have been selling.