10 Ways to Determine if Your Sales Prospect was Engaged 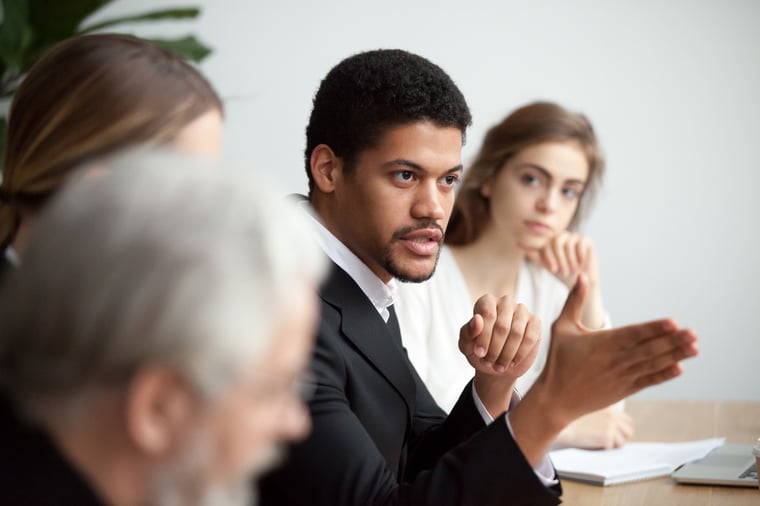 It was like losing my favorite pair of gym shorts, forgetting where I parked my car, or not being able to get my computer to restart.  The past week presented me with its share of technology challenges.  A single instance of my Mac not being able to connect to iCloud had a ripple effect on that and other devices that affected me for a week.

But none of those issues bothered me more than what LinkedIn did.

You probably didn't notice the LinkedIn change because it doesn't effect you.  Over the long term it may not effect me either but the change is affecting me right now.  At the top of this article there are 3 share buttons:

button used to have a counter along side of it that tallied the number of times an article was shared on LinkedIn.  I used the number that appeared there as the key metric to measure engagement with my articles.  I believe that the number of views of an article is meaningless because an article could be viewed 20,000 times but that doesn't mean that 20,000 readers liked it.  People might feel moved to comment but commenting is down overall. Much of the commenting has moved onto LinkedIn and I typically receive more comments via email than on the Blog itself.  When the counter on the

button reached hundreds and thousands it meant that the article resonated strongly enough for people to share it on LinkedIn.  Based on what I was told, LinkedIn discontinued the counter because they didn't think it was an accurate reflection of how frequently the article was shared.

I know what you're thinking at this point. What does that have to do with the article title and selling?  It actually has much in common.  It relates to a sales manager asking, "So, how did your meeting go?"

I wish that sales managers wouldn't ask how meetings and calls went.  They should say, "Tell me about your meeting."

When a salesperson indicates that the meeting went well, their sales manager should ask, "Why do you think it went well?"  This question should lead to an exploration of exactly how engaged the prospect was.  As with the old

button, engagement is the best measurement of the quality of the sales call.  That begs the question, how does one measure engagement?  Here are ten examples:

Your ability to create engagement relies on how effective you are in the Consultative Seller competency which is one of the 21 Sales Core Competencies measured by Objective Management Group.  This article is a good example of how ineffective sales management impacts their salespeople.

Focus on engagement and you'll be rewarded by how much your revenue grows this year.