After the Sales Training 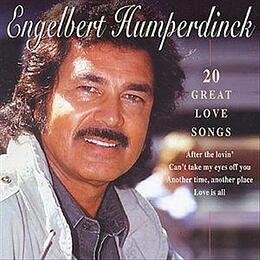 If you were listening to Top 40 Radio back in the 70's, then you may remember the hit song, After the Lovin', by the artist that all the girls and women loved, Englebert Humperdinck.  For those of you who were not yet born in 1976, Englebert had a string of hits - all love songs.  After the Lovin' was his biggest hit and while it may not be a perfect analogy for my article, it makes for a great blog title.

While much emphasis is placed on sales training itself, often times, the greatest benefit comes after a sales training session.  For example, let's take Russ, who sent in the following homework assignment.  Take a look at what he submitted and then review my response:

These were 3 pretty good take-aways, but if you look more closely, you'll see that Russ, who is on a plan, uses words that compromise his effectiveness.  I wrote back and told him that words are everything and to review what I crossed out:

He thanked me for the help and wrote that he would "Try to be stronger in his wording."

I responded again and told him, "Not just stronger in your wording, BE STRONGER!"

It's only after the sales training when we can determine whether the correct lessons were learned, internalized and ready to be applied on the phone and in the field.  Should we be surprised about Russ and how cautious and tentative he was being?  Not really.  His Objective Management Group (OMG) sales evaluation indicated several weaknesses and skill gaps, findings that were predictive of this behavior:

The goal of a sales training and coaching program is to address these issues and help a salesperson to overcome their weaknesses and fill their skill gap.  This was only the 4th session, so we are still in the early stages.  Being aware of the weaknesses and seeing them appear in a lessons learned email, allows us/you to connect the dots between the training, how he internalized the lessons, and how his weaknesses played a part. Then you can coach!

You can learn why your salespeople do what they do by having your sales force evaluated; or you can be more effective in sales candidate selection.