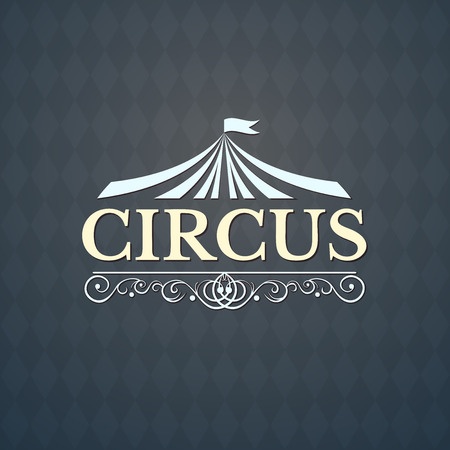 The circus will be coming to an end in just under 2 weeks.  Everyone has seen at least some of the show and some have seen the entire production, including reruns, reviews, commentary and highlight videos.  In the past 60 days I'm certain that even if you don't live in the United States, you've seen at least part of the circus.  Yes, even you.  I'm referring to the circus known as the 2016 Presidential Election. It has moved from ugly to downright terrifying as we watch two presidential candidates slinging the most horrible attacks on each other.  And the worst part is that most of those attacks are well deserved.  But there is an important selling lesson we can take from all of this.  Does bashing your competition ever work?

While it was expected that we would hear each candidate attack the others in their 3 debates, on Twitter, and in their television advertising, we didn't expect it at the recent Al Smith Dinner in New York City.  It was a festive environment with completely different expectations, but after the two candidates finished telling their best jokes, they each went on the attack. The attacks were not well received and there was even some booing.

Let's take a look at how they could have exposed each other's weaknesses and liabilities during a debate and then we'll discuss how you can apply these lessons to selling.

Let's pretend that we are Donald Trump and Hillary Clinton.  For most of us, this will be an incredible test of our acting ability.  It will probably be a disaster.

Trump has a YUGE supply of potential material about Hillary's lack of integrity, abundance of corruption and foreign policy failures. If he attacks her she will attack back and put him on the defensive and most people find him unlikable when he defends himself.

Hillary has a book full of material about Donald's business dealings, refusal to release his tax returns, lack of knowledge about policy, bad temperament and treatment of women.  If she attacks him, his return attacks will be even more vicious.  There's that as well as the fact that most people don't find Hillary very likable and when she attacks it makes it even worse.

We know what it looks like, sounds like and feels like when they attack each other and we are no longer rooting for them to do so.  We are cringing.  So how would it sound if they proceeded to expose weaknesses and vulnerabilities without attacking?

Donald might say, "I like Hillary, I invited her to my wedding, Bill and I were friends, she has a long history of service to our citizens, and she has always done her very best.  At the same time, most of you have probably heard or read the news reports detailing Hillary's alleged crimes, corruption, lies, cover ups, and deceit.  My opinion about that doesn't really matter, and you can form your own opinions.  Just do the research. Look it up.  Instead, I want to use my time to talk about the issues.  Let's talk about how my plan for a tax reduction will help the economy and benefit the middle class."

Hillary might say, "I've been an admirer of Donald Trump for 20 years.  I've come to know his family and I like them a lot.  We don't always agree but he has supported my campaigns in the past and I have a great deal of respect for him.  However, a lot of people are concerned about Donald's refusal to release his tax returns, his lack of transparency, all of those lawsuits against the failed Trump University, his uneven record in business, the video from a Hollywood set, and the 11 allegations of unwanted sexual advances.  You can make up your own mind about his values and behavior, but I tonight want to talk about my plan to fix Obamacare."

Applied to selling, it means that you must be complimentary to your competition, ask questions about any dissatisfaction rather than pointing out problems, and don't say that you're better or that they're worse.

For example, at Objective Management Group (OMG) we are often asked to compare our sales force evaluations and sales candidate assessments to other assessment brands.  We always agree that the other brand is a good and accurate assessment.  Then we mention the category the other brand is part of.  For example, Myers-Briggs and Caliper are excellent Personality Assessments. DISC and Predictive Index are excellent Behavioral Styles assessments.  While we compliment the brand or the company, we criticize the category - personality or behavioral styles - to point out that neither type of assessment was built for sales, neither type is predictive of sales success, and neither type measures the 21 Sales Core Competencies.  We always say that the assessment they mentioned is good, and that if they were using (a personality assessment) to determine how well an individual fit within their culture that would be a good use.  Or if they were using (a behavioral styles assessment) to understand the best way to work with and manage an individual that would be a good use.  But if they wanted to accurately predict whether a candidate would succeed in this particular sales role, at this particular company, selling into this particular market, against their particular competition, and at their specific price points, only OMG has the track record, predictive validity and sales expertise do that.

Bashing the competition - even in Politics - doesn't lead to very good outcomes and the same is true in sales.  Play nice!