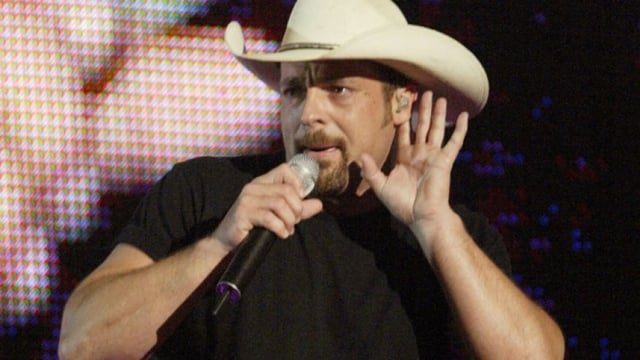 You probably heard that BB King, the King of the Blues, died last week.  My wife and I met him after a performance in 2007 and the meeting inspired this article on work ethic.  Last week, on a flight from Dallas to Boston, I was sitting next to Country Music star Chris Cagle who told me all about his new business.  You just have to read his story and the great example of intangibles at work.  Cagle was on his way to Boston to perform at Toby Keith's Bar and Grill at Gillette Stadium.  Over the course of four hours, I learned a lot about him, his music and especially his new business.  He told me some of the stories that inspired some of his hit songs and then played the song that inspired one of his most emotional life moments, Probably Just Time.  So I'm listening to his song through my ear buds, on his iphone, when he tells me about his new business.  He started the business so that he could get off the road for good to be home on his ranch, with his wife and kids, full time.

It's a stucco, concrete and stone business, and as passionate as he is for writing, recording and performing his music, he was like a kid with a new toy when he started telling me about the stucco application jobs he was winning.  These aren't small jobs; he was already winning $500,000 jobs and bidding on $10 million jobs.  I asked, "Does being a country star down south help open doors for you?"

This is what we call an intangible.  Once in a while, a salesperson may not evaluate or assess that well, but could have a track record of success.  When this happens, how do we explain the disconnect between their success and the findings on the evaluation or assessment?  Intangibles.  Sales intangibles can not be taught or duplicated, but when a salesperson has some of these intangibles, success can be achieved with a set of skills that would cause other salespeople with similar skill challenges to fail.

What are some of these intangibles?

Here is a screen shot from an Objective Management Group (OMG) sales candidate assessment where the candidate had 5 of a possible 12 intangibles (5 is great!). 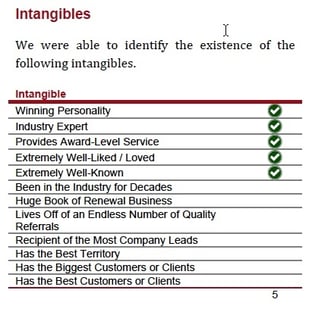 Even though the candidate fell a bit short on sales competencies and Sales DNA, he was close enough to the cutoff that these 5 intangibles could make a difference and as a result, worthy of consideration.

Being a celebrity can certainly open doors and most salespeople won't ever have that luxury.  But there are some... 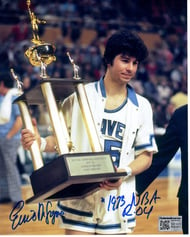 Last year I was helping a client find a salesperson for a Rhode Island territory when I received an email from former NBA rookie of the year Ernie DiGregorio.  He had applied for the position and received our email reply asking him to complete an online application and our sales candidate assessment.  His long email explained that he was so well known, and such a great door opener, that an application or assessment was probably unnecessary.  Ernie D, a graduate of Providence College, would have been a very successful door opener.  But the company needed a product specialist/closer, not a door opener, so Ernie didn't really qualify for this position.  The lesson?  Intangibles can make a significant difference, but intangibles alone are not always enough.

Recently, OMG began including intangibles on its sales candidate assessments and sales force evaluations.  Now that it does, intangibles are usually the reason whenever a successful salesperson is missing important sales competencies or sales DNA.