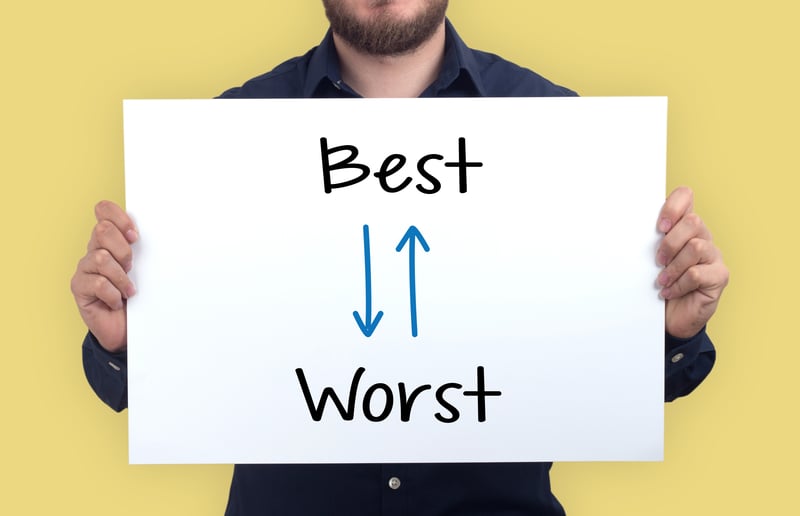 Professional athletes have one trait in common - they are all very athletic and their skills are among the top several hundred in the world in their particular sport.  For example, in Major League Baseball, there are 30 teams with 25 players each, making those ball players the top 750 in the world.  Dig a little deeper and in each sport there is an even smaller subset of players who are all-stars. Among the top 750 baseball players in the world, just 34, or just a little shy of 5% of that group are named to the all-star team each year.

Since there are 16 million of them in the USA alone, they are hardly a rare breed and everyone knows someone or a lot of someones who are in sales.  However, once we look at salespeople as a profession, much like sports, around 5% are all-stars.  The difference between an all-star baseball player and a bench player or substitute for one of the 30 teams is that the all-star hitter consistently crushes the ball, the all-star pitcher consistently dominates hitters, and the all-star closer consistently shuts down hitters in the final innings of play.

In sales, we don't have substitutes, but we have lots of weak salespeople who are far less effective than subs.  First, there are so many of them it would be like including all 2,500 or so minor league players (A, AA, and AAA leagues), 1,110 or so independent league players who aren't good enough to play for a minor league team, all 50,000 or so college baseball players, and all 500,000 or so High School players and you still wouldn't come close to the 8 million inferior salespeople in the USA!

That said, there are some things that the elite salespeople do which weak salespeople aren't able to do and it doesn't involve hitting a baseball.

The table below which shows how comfortable salespeople are when it comes to money and related discussions with their prospects, including whether or not they are speaking with the actual decision maker.

There are so many take aways from this!

When you put it all together, elite salespeople are 200% more likely than their weaker colleagues to succeed at selling value, while having a financial conversation, with a decision maker.  Put another way, a weak salesperson has very little chance of having any kind of financial discussion or even reaching a decision maker.

That begs the question, why do so many companies put up with having so many weak salespeople?

You can see data for hundreds of thousands of salespeople in more than 200 industries in all 21 Sales Core Competencies.  If you want to get serious about selecting and hiring better salespeople you can take OMG's accurate and predictive Sales Candidate Assessment for a test drive here.