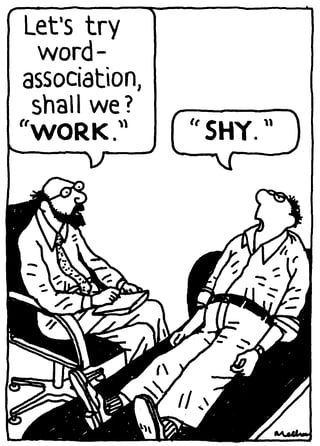 The Harvard Business Review is at it again.  I honestly can't believe that a publication like HBR continues to publish and push junk science about sales.  Nearly every time they publish an article on sales or selling, they are usually as wrong as the mainstream media is with their attempts to manipulate readers and viewers to vote for their preferred candidates.

I have previously taken issue with seven of HBR's articles:

They did publish one that I agreed with on Looking for Potential in your Next Hire...


In their June 20, 2016 article, A Portrait of the Overperforming Salesperson, HBR identified several traits, attitudes and actions that they claim differentiate the top from bottom performers.  I'll summarize it for you below and then explain why I believe it is junk.  The findings include:

This was a survey of 1,000 salespeople. 1/3 of them are in field sales, 1/3 are in inside sales and the rest are sales managers or Sales VP's.

Only 15% met the author's criteria of meeting quota 88% of the time. Although we weren't told what the quotas were, it's pretty safe to assume that the field salespeople manage accounts in existing territories.  Based on the questions asked, it is also safe to assume that the inside salespeople are making calls to and taking calls from existing customers.   So just in case you can't do the math, when you account for the sales managers and sales VP's in the survey, it changes the population from 1,000 top performing salespeople, to 150 people who don't have to find new business.  That is quite a distinction!

I hate these surveys because surveys do not equate to science.

Compare this to Objective Management Group's (OMG) actual science from evaluating and assessing more than 1,000,000 salespeople from more than 200 industries over the past 2 decades.  7% are elite, and there are 16% more who are strong.  77% are ineffective.  From its 1,000,000 rows of data, I can assure you that no personality trait or behavioral style of any kind is predictive of sales success. Traits and styles are good to know - they help you understand who your employees are.  But they have never been, nor will they ever be, predictive of sales success.

There are 21 Sales Core Competencies. Most of these competencies include as many as 10 attributes. Here are just some of the many differences between the top 10% and the bottom 10%:

When we break sales down by difficulty level, industry sector, vertical market, decision maker to be called upon, price points, etc., the specific findings and scores that differentiate tops from bottoms change accordingly!  Now please tell me, when we have real science like this, what is the HBR thinking when they publish rubbish like personal attributes, attitude and self perception?

Will Barron recently interviewed me on some of these topics and it was a really good interview. You can watch or listen to it here.

Lori Richardson recently interviewed me on some of these topics too - another really good interview, that you can get here.

This article states that 4% of the salespeople sell 94% of the business.  I don't agree with their percentage but it gives you a sense of what is really taking place in sales.

And from OMG's data, this is just in.  The bottom 10% of all salespeople are actually better than the top 10% in 1 of the 21 Sales Core Competencies.  I'll bet you can guess which one...scroll down for the answer...

Relationship Building! It's no wonder that crappy salespeople keep getting hired.  You can hire the best salespeople for your role when you use OMG's accurate and predictive sales candidate assessment.  Try it!