How Can a Simple Zero Derail a Sale or Deal? 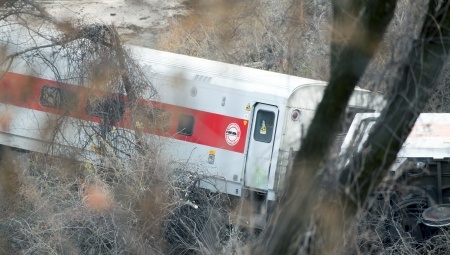 Today, I was coaching a very talented salesperson, one who is even better at getting deals closed.  Yesterday, he closed a large deal when late in the day, and completely out of nowhere, he got the dreaded "we changed our mind" email.  This is his story.

When I debriefed him, it was apparent, even to him, that there was a moment toward the end of the meeting when he had happy ears.  He gets that.  He knows what he should have asked.  What really bothered him was, "Why did this happen?"   Not why did the deal come undone, but why the happy ears?  What caused his usually reliable and steady emotions to betray him?  And we better figure this out quickly because he was beating himself up so badly that blood would surely be dripping from his head at any moment now.

He accepted my statement about his having an emotional reaction at that moment in the call, but was adamant that it was abnormal.  We discussed the one thing that was different about this opportunity than others like it.  This opportunity was triple the size of his average sale and challenged his money tolerance.  Money Tolerance becomes a Sales DNA weakness when the deal size exceeds the amount at which money becomes "a lot" to the salesperson.  In this case, the deal had an extra zero and far exceeded this salesperson's conceptual $50,000 limit.

Bob's sales call was a veritable chain reaction - a 3-car pile-up.  The prospect said something, an alarm went off in Bob's mind, but instead of addressing it, asking a question, setting expectations, and clarifying that everything was still OK, he ignored it and hoped for the best.  That alarm was the voice in his head that pointed out that this deal was different.  There was a $50,000 commission at stake.  It was bigger than most.  It became more important than most.  That was his Emotional reaction to the Low (in this case) Money Tolerance.  The Tendency to Become Emotional is another Sales DNA weakness.  Those 2 weaknesses caused another Sales DNA weakness to rear its head.  Fear of Rejection would not ordinarily be an issue for Bob, but in this case, it was the truck that smashed into the first two cars that had collided.   Fear of Rejection morphed into the second voice Bob heard in his head.  It said, "You'd better not ask about that because that might cause you to lose the business.  Better just shut up and hope for the best!"

It's funny, but once Bob understood what happened, he calmed right down, called his prospect, and was able to calmly and expertly resurrect the deal.  Like I said, Bob is a very talented salesperson, but even great salespeople can be hindered by emotions, money and fear when the circumstances are right.

The bigger issue is salespeople who aren't elite, and how frequently they are besieged by some or all of the dozens of issues like these that affect salespeople, sales cycles, sales win rates, and revenue.  Would you like to know how, when, where, and how frequently your salespeople are impacted by things like this?  Watch this 4-minute video to learn about our Sales Force Evaluation.

The year's first issue of Top Sales Magazine is now available for download.  In addition to articles by the heavy hitters of sales consulting and training, do take the time to read my article on page 8 - "What You Think Versus What I Think about Consultative Selling".