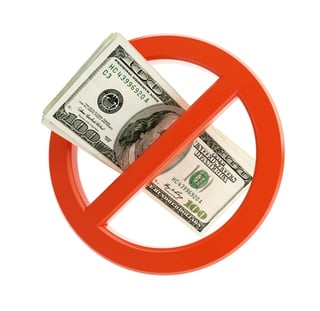 When report cards and grades are available, measuring the academic success of your child or grandchild is a lot easier than it is to measure sales success.  School grades go up and we say, "Great effort!"  School grades go down and we say, "Oh-oh, something is seriously wrong here!"   Academic grades are a reflection of test scores, completed homework and class participation. Sales grades are another story altogether and that is where most companies make terrible, horrible, awful mistakes.  Do you think you know what those mistakes are?

When we evaluate sales forces, the most predictable event during the review is when the executives question why their "best salesperson" appears to be so weak on his or her evaluation.  After all, at most companies, salespeople discover how "good" they are by looking at two numbers:

Do you ever wonder when, if ever, those two numbers are measures of actual performance?  Let's take Ken, who inherited a $3 million territory 3 years ago and now has his territory humming along at $3.1 million.  By all accounts, he generates the most revenue and earns the highest commissions in the company and when measured that way, he's doing the best job.  But is he really?

For comparison, let's look at Bob, who started his new territory from scratch 18 months ago.  It's only producing $750K, the lowest sales number in the company, and his commissions are only a quarter of Ken's.  When measured that way, he is the worst salesperson in the company.  But is he really?

I hate measuring performance by looking at revenue and commissions because it's almost always about as accurate as a salesperson's resume and those are mostly fiction.  Neither of these two guys are being paid what they are worth and neither of them deserve the "grades" they are getting.

The reality is that Bob went from 0 to $750K in 18 months - 700% better growth than their top salesperson, Ken, who grew his inherited territory by only $100K over 36 months.  On the other hand, Bob worked hard, found and closed new business, and got paid significantly less money than Ken.  Ken didn't work hard at all, didn't find any new business, and got negligible growth from a couple of big accounts.

Why aren't salespeople being measured on their effort, behaviors that grow the business, and relative success.  What's relative?  Relative to expectations.   The only problem is that expectations are often wrong, too low, or too high.  For instance, just last week a client said that after 9 months, 5 of their 6 most recent hires, all recommended by OMG's Sales Candidate Assessment, were ranked in the bottom 5 out of 30.  That didn't sound right, so we dug into the data, pushed back and asked questions.  We learned that these 5 all inherited seriously underperforming territories that were ranked in the bottom 5 before they even began.  On top of that, their sales cycle is 9-12 months, so it would take at least a year for their efforts to even begin to pay dividends and we were still 3 months short of that.   Expectations must be realistic!

So how can a company measure sales performance when they can't see beyond revenue ranked by salesperson?

If that's a measure that a company insists on using, it could be filtered a bit.  They could use revenue from new accounts.  That puts everyone on level playing field and in that model, Bob would be considered more successful than Ken.  Candidly, I wouldn't even want Ken working as a salesperson for me.  I might be OK with him as a lower paid account manager, but I want Bob.  Send me Bob.  I want Bob.  More Bobs.

Are your salespeople being paid on the effort they put forth to grow your company?  Are you compensating them for the right activities and behaviors?  Are you overpaying account managers and undercompensating hunters?

How about the low-paid inside sales team that spends all day making calls and scheduling meetings for the high-paid account executives?  Is that balance appropriate?  I concede that there is a skill gap between the two roles, but without those inside reps, those account executives meet a lot fewer new prospects.

Let's get sales compensation right once and for all and stop looking at account managers with great territories as your best salespeople.  They aren't.