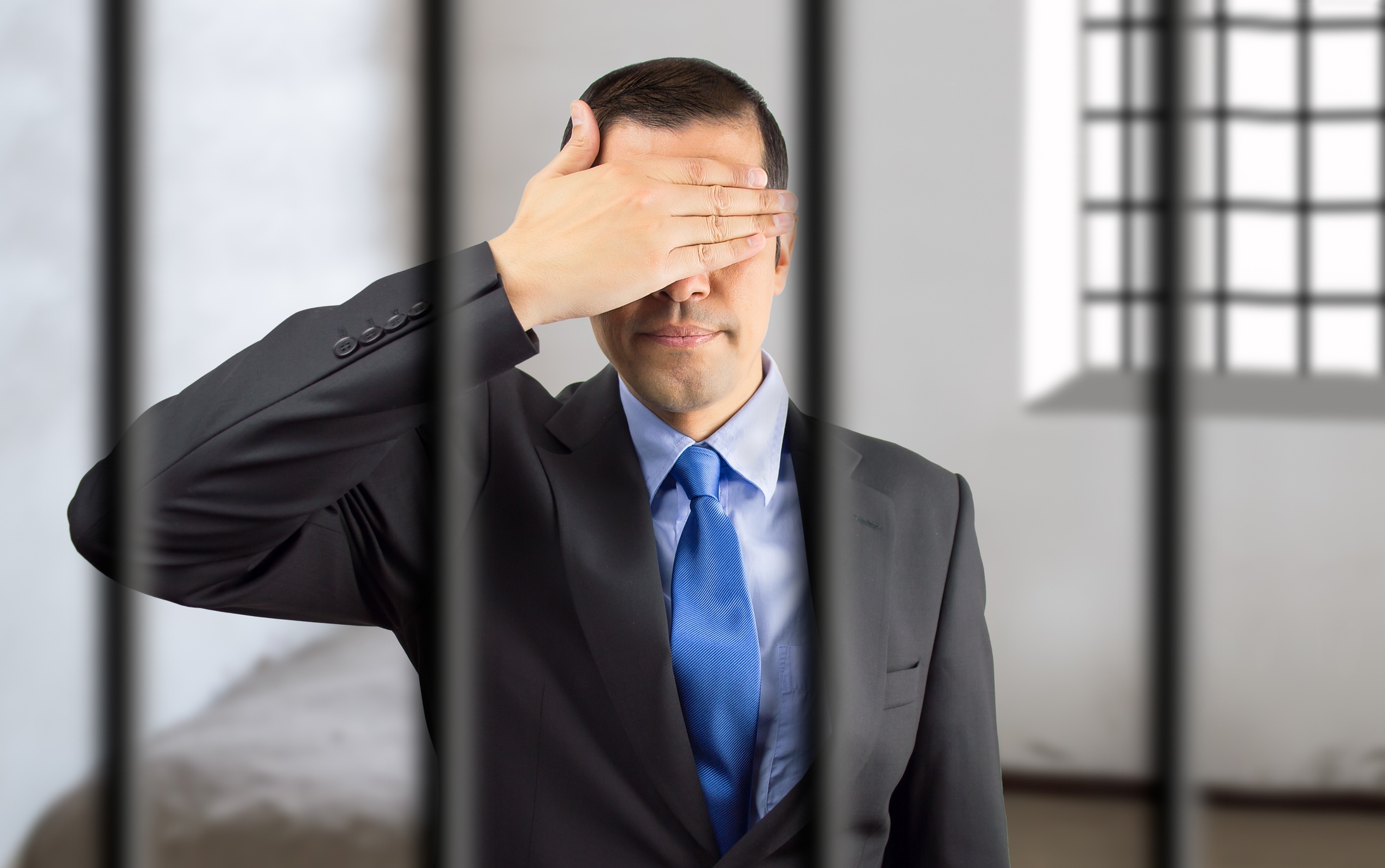 It's summer so they're digging up streets, repaving roads, and repairing bridges.  That leads to epic traffic jams, long commutes and tremendous amounts of frustration.  And you're late!  I've been doing my best impression of the digging, without the paving and repairing.  Ten of my last fourteen articles have been based on Objective Management Group's (OMG) data from the evaluations of sales professionals and like the road work, we're gonna dig some more today!

In this article, we will look to determine whether there is a correlation between sales percentile, sales pipeline and sales performance.  And as has been the case with the last ten articles like this, the data is sure to surprise.

OMG includes a pipeline analysis as part of every Sales Force evaluation it conducts. We ask each salesperson 19 questions about four late-stage, proposal-ready/closable opportunities currently in their pipeline.  In the table below, the percentage of salespeople who actually had 4 late-stage opportunities on which they could report are sorted by Sales Percentile. 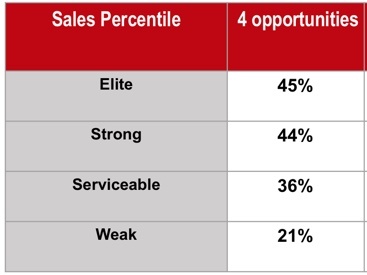 The table below shows correlation between sales percentile, sales process and sales performance. 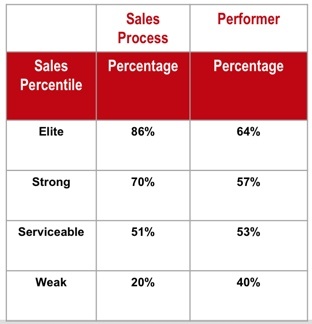 The most interesting finding was in the area of performance.

Quotas continue to go up for the salespeople who perform until they can no longer hit the numbers. Meanwhile, in a race to the bottom, quotas are adjusted downward for crappy salespeople until they hit a mutual area of pathetic.  Some of us intuitively knew that this insanity was occurring, and now we can show proof of this with the data.

We can do so much better than this.  Why do so many executives protect their worst salespeople?  We hear things like, "Their customers love them."  "They serve a purpose."  "They have legacy knowledge."  "They're family."  "I recruited him here from another company we both worked for."  "They're not really costing us anything."

If these crappy salespeople and their protective bosses worked in accounting they would have been fired or jailed for this kind of performance!