More Fake News in Sales Organizations Than on TV Networks! 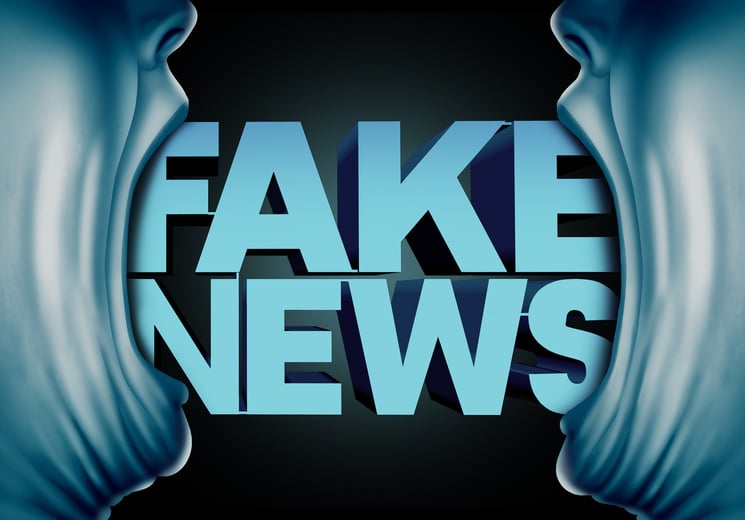 Most of your salespeople are just like fake news and I will prove it.  I'm not talking about the elite top 5% or the next group of 15% who are very strong.  I am referring to the bottom 46% of the sales population who, if I am to be completely honest, totally suck. If yours is like most companies, then half of its salespeople fit this description.

I'm going to show you exactly how your salespeople report fake news but first, we need to break down how fake news happens so that I can demonstrate how your weak salespeople do the exact same thing, every chance they can get.

Have you ever been so excited about something that you couldn't wait to share the news?  Excitement is the key element to fake news.

The opportunity for fake news happens when a journalist has an agenda or bias that reflects their personal beliefs. It's true of democrats and republicans, as well as liberals and conservatives.  You've seen it happen on every major news network and in many major publications.  A news story comes along that supports the journalist's beliefs and the journalist - let's call him Happy - becomes so excited that he can't wait tell that story. In an effort to quickly get it out there, he might skip several steps of the editorial process.  Happy might proceed with an anonymous and/or unreliable source, fail to get a second source, not check the facts, report on a document he hasn't seen, take a quote out of context, twist the words, or simply make the story fit his narrative. I've seen more of this in the past eighteen months than in the rest of my lifetime combined.

As I said before, your salespeople are doing the exact same thing.  It happens when they are talking with a prospect who shares information that the salesperson recognizes as a perfect fit for your product (or service). These salespeople believe that they must present and they become very excited to pitch their product. In an effort to quickly get to the presentation (or demo) they skip several steps in the sales process, don't ask if they are talking with a decision maker, recommend a solution without understanding the actual problem, and submit a quote without thoroughly qualifying the prospect's ability to pay. Later, in the CRM application, they check off the steps of the sales process as completed and later still, their sales manager reads the summary, contributing to an unreliable sales forecast.  And as I wrote here, this contributes to the 16,000 unqualified quotes and proposals being created and sent each day. Unfortunately, I've been seeing this kind of fake news for 32 years because so many salespeople either don't have or don't follow a formal sales process and as a result the sale usually doesn't close.

Getting excited is one of the six major weaknesses found in the Sales DNA of salespeople.  If there was such a thing as Reporting DNA I'm sure the same weakness would be found there too.  But there's a second weakness at play and that's Beliefs.  Reporters aren't the only ones with beliefs.  Salespeople have as many as 75 sales beliefs and the beliefs either support or sabotage their sales outcomes.  In the scenario above, the non-supportive belief that they must present was so strong that it was responsible for the excitement that caused the outcome to be sabotaged.

Fake news is killing our trust in the media, undermining our government and dividing our country.  What do you think happens when your salespeople provide fake news to their sales managers and don't give their prospects the benefit of having a thorough two-way conversation before they jump and present or demo and propose an out of context quote?