Most Salespeople are Underdogs Like the Boston Red Sox 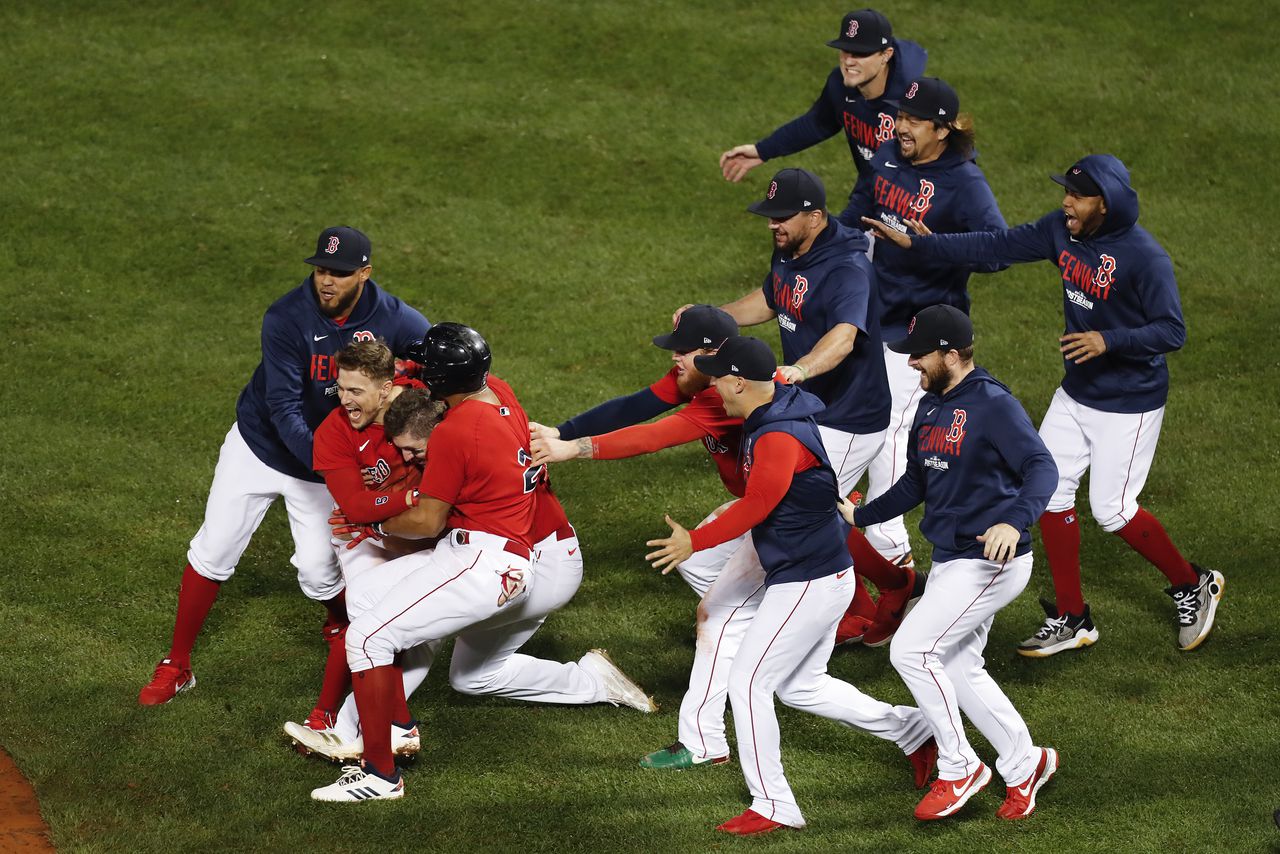 Anyone who has followed this Blog over the past 15 years knows that other than sales, the only thing I write about nearly as much is baseball.  A Google search from within the Blog yields 605 results, and a search on my son playing baseball over the past twelve years yields 208 results. I haven't really mentioned baseball 605 times, but I have probably written about it 150 times!

For non-baseball fans, the regular season ended last week and two teams - the Boston Red Sox and the New York Yankees - finished in a tie for the wild-card spot, requiring a one-game playoff.  The Red Sox were the best team in baseball during the first half of the season and one of the worst teams during the second half.  I've been cheering on the Red Sox for 65 years and despite that, was very confident they would succumb to the Yankees in last Tuesday's one-game wild-card playoff.  If they somehow managed to beat the Yankees, which it turns out they did, I was even more certain they would fall to the Tampa Bay Rays in the American League Division series.  I was wrong again and the Red Sox not only won, but they won the best of five series decisively, winning the last three games in a row.  Now they will take on the Houston Astros in the best of seven American League  Championship Series, with the winner moving on to the 2021 World Series.  Despite the fact that the Red Sox are now playing in a manner consistent with their first half identify, they will be underdogs for the rest of the post season because of their second half identify.

How does that tie into sales?  Easy!

If your company is not the brand leader, market leader, or price leader; if you have a complex sale, a story to tell, a new technology, a new brand, a new product, a much higher price or a much tougher sale, then you are an underdog too.

Brand leaders, Market leaders and price leaders have it easy.  There is no true selling involved.  They show up, write proposals, provide quotes, conduct demos and take orders. They get what they get.

Most salespeople simply can't do this.  The data in the table below, from Objective Management Group (OMG) and their assessments of more than 2 million salespeople, shows the percentage of salespeople who are strong in the three competencies I just mentioned. 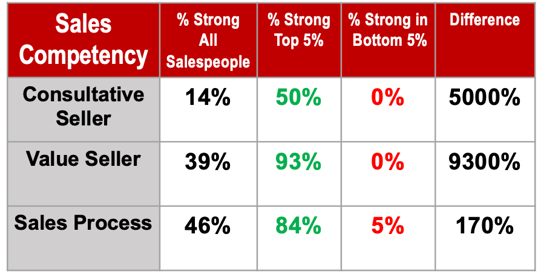 It's not very difficult to grasp the takeaways from this data.  Even some of the best salespeople struggle to take a consultative approach to sales but compensate with their adherence to sales process and their ability to sell value.  The worst salespeople aren't capable of much more than a transactional sale described earlier in the article.  The best salespeople score, on average, 4823% stronger in these three competencies.  There are actually a total of 21 Sales Core Competencies and you can see the data for all of them right here, play with the data a bit, and filter by industry and company!

The top 5% and the bottom 5% represent only the extreme examples of 10% of all salespeople.  The other 90% are represented in the "All Salespeople" column.  We can filter the numbers some more if we break down the other 90%.  Wait until you see these numbers! 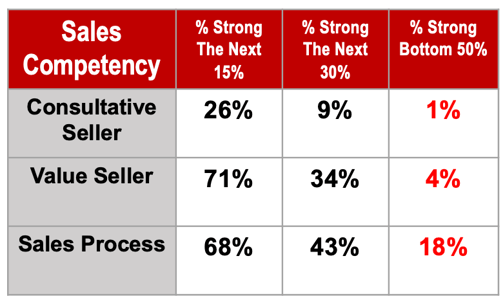 As you can see, there is a significant drop off from the top 5% to the next 15% and an even greater drop off to the 30% after that.  The big takeaway is that in these three competencies  the bottom 50% are nearly as weak as the bottom 5%. They all suck.  As a matter of fact, once you get past the top 20%, the picture is bleak.

What can you do about this?

Use OMG to Evaluate your sales force so you can see what the capabilities are at your company.

Use OMG to Assess your sales candidates so that you can be assured of hiring only those who will succeed in the role.

Join me on October 26 for a free 45-minute introduction to Baseline Selling and learn how to avoid the mistakes that most salespeople make, shorten your sales cycle, differentiate from the competition, and improve your win rate.  Register here.