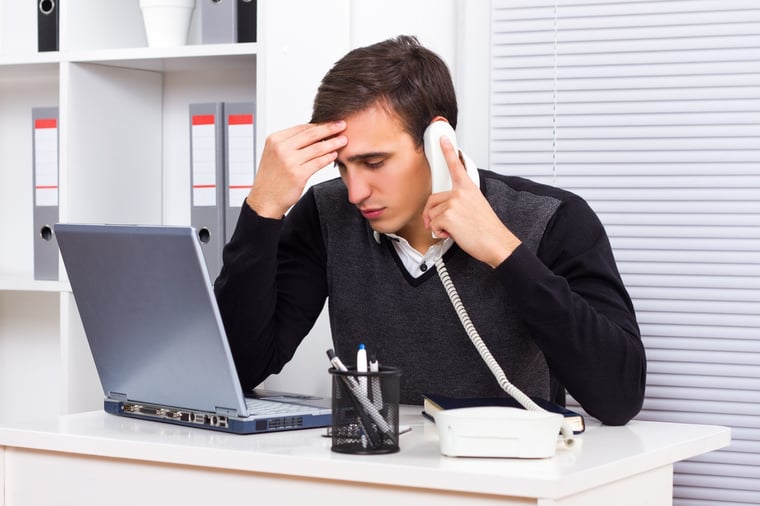 Cold calling is dead.  Not.

Cold calling is a waste of time.  True if you suck at it.  False if you're good at it.

Even if you are following up on inbound leads your follow up call will be cold.  They don't know you and you don't know them.  Cold.

Back in the 20th century, when I first started cold calling, I hated it so much that I vowed to become so good at it that I could reach my new appointment goal in an hour instead of the 6 hours it was taking each day. It's about being effective, not dialing your brains out!

Today, a salesperson left a voicemail message and he didn't sound bad; but his strategy and script were awful.  Listen to the message below and try to identify what was wrong.  Then watch the video below to hear me talk getting your prospects to pay attention and engage with you on the phone.

Listen to the voicemail.

If you took the quiz then you know the right answers, right?

So why do salespeople have such a difficult time on the phone?

Watch this video to get a better sense for what I mean.

Kurlan & Associates was named again in the 2017 Selling Power list of the Top 20 Sales Training Companies.

The Salesman Podcast, with host Will Barron, just released this interviewwith me talking about Excuse Making.