Sales Slumps - What Causes Them and How to Fix Them 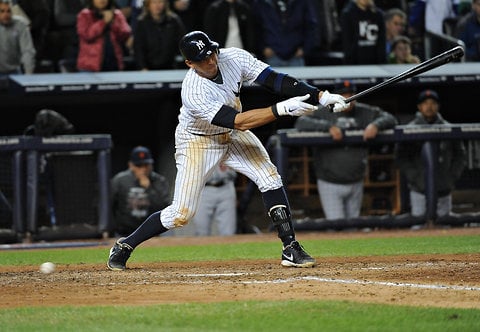 During the course of a baseball season, both hitters and pitchers fall into slumps. In basketball, players slump with their outside shots and from the foul line. Football Quarterbacks go into passing slumps. Golf and Tennis pros have swing slumps. Tiger has been in a slump since Thanksgiving of 2009! (I'm sure there must be some kind of a slump that Soccer players can fall victim to, but I don't know enough about soccer to weigh in.) With slumps being so common, it shouldn't come as a surprise that salespeople get into slumps too. In this article, we'll explore what causes salespeople to get into slumps, what their slumps look like, and how can they be fixed.

In baseball, the sport I know the most about, slumps are often the result of poor mechanics, where the player gets away from doing things that work. My 13-year-old son is in a hitting slump right now. He hasn't been keeping his weight back, resulting in his being way too far in front of the pitch, taking unbalanced swings, dropping his hands, and pulling his head off the ball. It's not unusual, as you can see from the image of Yankee's star Alex Rodriguez, pictured above. My son had a game-winning grand-slam on Saturday, but he uncharacteristically struck out in four of his seven weekend at-bats. It's not his first slump and it won't be his last, but the time during the slump can be difficult as he deals not only with fixing the swing mechanics, but also with the frustration and discouragement of a slump.

In sales, slumps can also come from poor mechanics, where salespeople get away from doing things that work. Some slumps occur at the bottom of the funnel, when deals that were expected to close either don't close at all or are awarded to a competitor.  Slumps can also occur at the top of the funnel, when salespeople experience difficulty converting calls to meetings. Slumps can even occur in the middle of the sales cycle when reps struggle to get traction or velocity with their new prospects.

Regardless of the timing, the causes for a slump can usually be narrowed down to 2 possible categories.

In the 3 scenarios above, the most common cause is rushing, when salespeople hurry to reach a milestone they are comfortable with or an outcome they wish to achieve.

The other possible cause is laziness. Sometimes the slump is less about converting an opportunity, and more about not having anything to convert. Sometimes salespeople get away from prospecting, asking for referrals, and following up with contacts that at one time weren't ready.

If this behavior continues for just 90 days, and the salesperson has a 3 month sales cycle, the sales manager won't realize there is an issue until 3 months after the laziness has begun. At the same point in time, the salesperson finds very little in the monthly commission check. Assuming that the laziness is corrected, it will take 3 more months before new opportunities move through the sales cycle, close and produce commissions again. A six-month problem!

How do you fix a sales slump?

Slowing down, listening and asking more questions will usually help salespeople solve sales slumps that arise from rushing.  But just like baseball, you need to practice doing it the right way. And as I learned in short game school, practice makes permanent!

One advantage of a modern opportunity-focused CRM application, a formal, structured, milestone-centric sales process, an up-to-date sales methodology, and on-going sales training and coaching is that each is a reminder of the fundamental things that work. It is far easier to slump without these resources than with them. However, the single biggest resource that can prevent a slump is....

...the sales manager. Daily accountability and coaching are the two most important things a sales manager can do to head off slumps before they can happen.

Pull these things together to minimize the slumps and maximize the sales!