Why Do Salespeople Forget What They Learn? 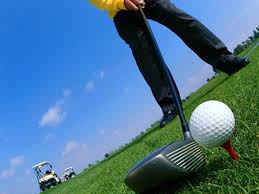 I was on the golf course 3 times in the past 7 days.  That's 3 more times than I played in the last 2 years combined!  As you might expect, I was very inconsistent and the resulting score was not surprising.  I was never a good golfer, taking it up just 8 years ago when I turned 50.  However, during the first 3 years, I took weekly lessons, went to the driving range each day, and played quite often in an attempt to become good enough to enjoy it.

Perhaps you can relate to this, not necessarily with golf, but perhaps with something else you may have taken up.

I think there is some commonality with selling, as well as a discrepency.

Some salespeople are fortunate enough to get trained and/or coached.  Maybe it's an all-day seminar, not really training as much as exposure to some different thinking or approach.  We don't expect anything to change from a single day, so why should you?  I went to a short game golf school for a day.  It was awesome while I was there, but 4 years later, I can't do any of the things I learned there.  Comprehensive sales training (8-16 months) leads us to expect dramatic change and a significant increase in sales.

Years later, why would you expect salespeople to have remembered, mastered, and continued to use what they learned?  The fact is that without consistent reinforcement and practice, most salespeople will revert back to what is most comfortable and easy for them.  That's  telling, showing, demonstrating, proposing, quoting and following-up.  They gradually get away from questioning, quantifying, justifying, building value, building a case, qualifying and closing.  They revert to rushing and taking shortcuts.

This is similar to forgetting the essence of the golf swing.  My posture was wrong, my backswing was horrible, my follow-through lacked extension, my feet were moving.  I was in such a hurry to hit it great that I hit it awful.  And salespeople are in such a hurry to close the business that they neglect to sell first!

Training is not an event or a one-year commitment.  It's a never-ending process of gradual improvement with the goal of developing mastery.  Unfortunately, for most companies, it's a much shorter term than that and then they believe that sales improvement has been achieved.

Here are links to a few other articles that I have posted about the similarities between selling and golf: