The Connection Between Gas Prices and Sales Lead Follow Up

I was pumping gas yesterday and two things came to mind:

Why do we still do these things?  Which brings me to selling - of course.

Why do salespeople still do the things they used to do, even though those things don't work anymore.  For example, why do salespeople still sell transactionally when presenting/demoing, quoting/proposing and closing yields a 10-20% conversion ratio?  Even if they were in hiding, everyone must have heard by now that a typical B2B sale requires a customer-centric consultative approach.

Why do salespeople still rifle down lists to make cold calls?  Everyone knows that doesn't work anymore.  As a matter of fact, yesterday I received a pretty cool infographic from Cypress North, who teamed up with Salesforce.com.  It has an endless number of metrics, the best of which is just below.  The first graphic shows the likelihood of a response from a prospect based on how quickly the salesperson follows up. 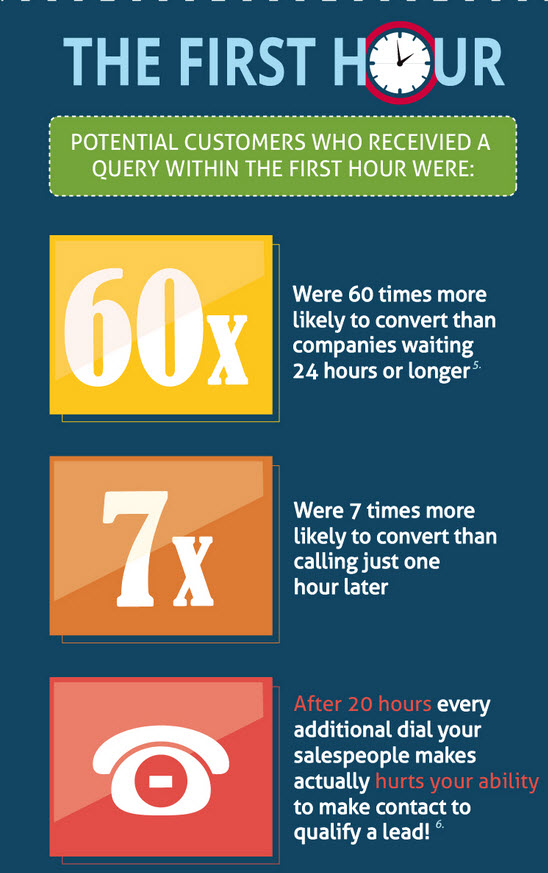 Customers were 60 times more likely to convert if a salesperson follows up within an hour of the lead coming through!!!  So why do salespeople wait forever?  Never mind the first hour, what about the first 5 minutes?

This graphic shows how quickly the chance of qualifying an opportunity decreases after the first 5 minutes. 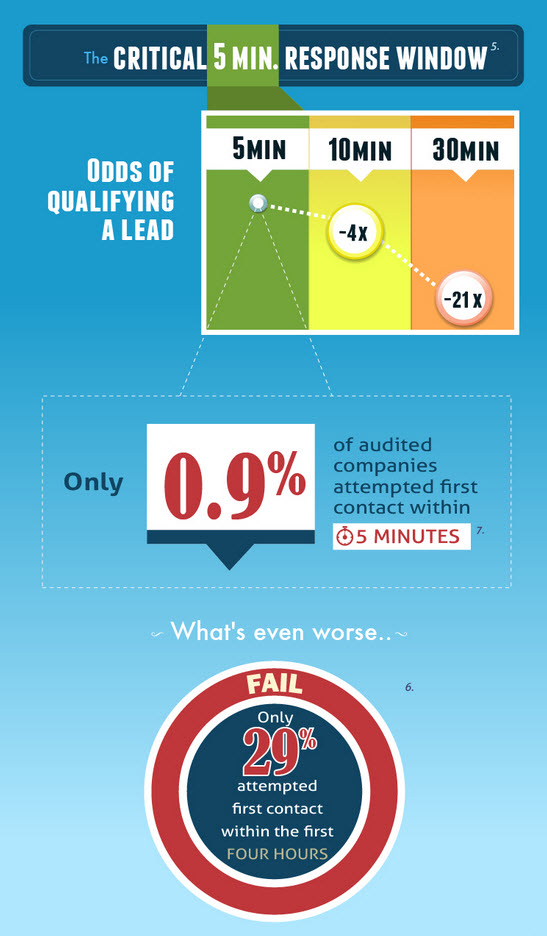 And less than 1% of companies get their salespeople to follow up in the first 5 minutes?  Why do salespeople wait so long?

It's time for companies to simply stop everything that they have been doing for years and start from scratch.  No modifications, bandages or minor changes.  It's time for complete redesign of sales processes, systems, methodologies, models and, yes, people.