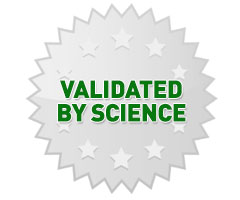 Some companies need to validate our validation.  Objective Management Group (OMG) uses Predictive Validity - the most time-consuming and expensive form of validation.  Unlike simpler methods of validation, Predictive Validity requires that we prove a connection to on-the-job performance.  The challenge is that our predictive validity is so good, some people just don't believe it and they want to revalidate it themselves.

One of the companies that insisted on validating our validation is moving forward with a license to hire 200 salespeople using our Sales Candidate Assessment.  I'll share the results of their own validation:

They conducted a 7-day pilot in April of 2012 and hired 23 salespeople.

Historically, 92% of the candidates we do recommend, who eventually get hired, succeed.  In this pilot, their success rate was also 92%.

Does it always work out like this?  Of course not.  Some companies just don't have the right sales management, sales process and systems in place so even the best candidates can fail or leave.  On the other hand, some companies, who have been using our processes, systems and tools for a while, consistently exceed these results.

The most common scenario where companies wish to do their own validation is when they are located overseas.  Despite the fact that our expansion overseas began more than a decade ago, some companies located outside of the US don't believe that a US-based tool will work in their country.  They have cultural differences to be sure, but those are more about relationships and the proper times and appropriate ways for people to interact in business settings.  Selling and what it takes for salespeople to succeed doesn't actually vary from culture to culture.

Some countries lack selling sophistication - they're way behind - and are still selling very transactionally.  But if the company is ready to change, and their markets are ready for them to change, then they must be able to select salespeople who can make those changes as well.

Validation is an interesting process and if you look into it, you'll find that none of the personality or behavioral styles assessments use predictive validity because there simply isn't a correlation between their findings and on-the-job performance.