What Percentage of Sales Candidates are Worthy of Being Hired? 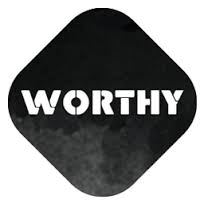 It’s an interesting question and one that has more than one answer.  I wrote an article back in September of 2013 that asked the question, Are Sales and Sales Management Candidates Getting Worse?

Consider the way that most companies hire people for sales roles.  They skim through resumes, select only those that have the experience they look for, do some preliminary phone interviewing, and bring in the best for a series of face-to-face interviews.  They may eventually hire 50% of the candidates they interviewed, a group of finalists that represented 75% of the phone interview group, who represented perhaps a third of the resumes collected.  Do the math, and you’ll see that the typical company hires about 37% of the candidates they originally identified as worthy.

Now consider that on average, about half of those new salespeople fail, and half of the successful group fails to meet quota.  Why are companies still getting sales hiring so wrong?

It begins with the skimming of resumes.  This practice causes many of the wrong people to be included in the candidate pool.  They have nice resumes, have the right background, and may even interview well.  But most of these candidates have little in the way of selling capabilities.  According to Objective Management Group’s (OMG) statistics from more than 700,000 sales evaluations, 74% of all salespeople suck.

When OMG’s Sales Candidate assessment is used as a substitute for skimming through resumes, the process is similar.

Each candidate is assessed – before anything else is done.  Depending on the difficulty of the role, and the requirements of the position, and the customization of the assessment, we can expect anywhere from 87% (for the most challenging roles) to 57% (the least challenging roles) of all candidates to be disqualified based on whether or not their selling capabilities meet the requirements for the role.  By the way, that averages out to 72%, which is extremely close to the 74% that you know aren’t very capable.  See the detailed chart below.

I’ll be leading a Webinar on February 26, at 11 AM Eastern, that walks existing OMG clients through our Candidate Analyzer – a web tool for sorting and filtering their candidates that have already been assessed.  You’re welcome to join us and see what all the fuss is…

2013 Candidates Recommended by Role and Difficulty