How to Run a Killer Sales Incentive Contest 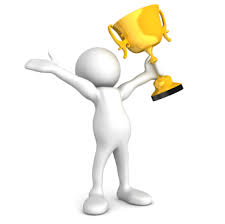 Yesterday, we had a fairly sizable snowstorm that dumped a foot of snow and it reminded me of this article from last winter.

Also yesterday, in my article on the importance of rallying cries, I promised to discuss incentive programs.

Incentive programs are still very powerful as long as you make sure they don't last for more than 90 days.  There are other factors that can make the difference between an effective and ineffective program.  Consider the three most important concepts:  Everyone must believe that they can win the contest, there should be more than 1 winner, and the rewards must be motivating enough for them to go into overdrive to win one.

Let's begin with how you get them to believe they can win.

It's easier than you think.  Just don't base your contest on revenue.  When a contest is based on revenue, everyone knows, well in advance, who the likely winner will be.  So if not revenue, then what?  That's also easier than you think.  What would you like your salespeople to do more effectively?  Find new business?  Fill the pipeline?  Then base the awards on behaviors that you want to change.  And when you base it on more than one behavior, your salespeople will believe they have a chance to win!  Consider some or all of the following:

Won't every salesperson believe that there is at least one of those that they can win?

What about the award or prize?  How can you make that compelling enough so that they WANT to win?

That's also much easier than you think.

Eliminate any award, reward or prize that they can buy for themselves.  That gets nobody motivated.  Instead, focus on things that either wouldn't be practical, or wouldn't be safe for them to buy with family money.  For instance, some of your salespeople would simply love to participate in a week-long sports fantasy camp, but most of them would feel way to guilty to actually spend the money and go away for a week of fun.  However, if they were to win it, that changes everything.  Another way to get them excited about the payoff is to ask them to choose their prizes.  Give them a range and have them pick!

Finally, there are websites that will run your contests for you.  They're called gamification sites and you can find some of them here.

So keep it short, have multiple winners, reward the behaviors you want to change, don't reward revenue, offer guilt-free prizes and you'll have the killer contest that gets everyone motivated, excited and working hard.