Before I get to the meat of today's article, I have one last request for you to participate in this very important survey on sales force function.  I would really appreciate it.  Take the Survey.  Thanks! 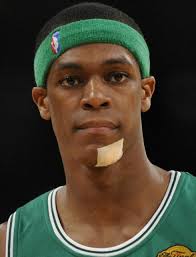 I was listening to my favorite sports radio station and I heard another interesting discussion.  The hosts were discussing current Celtic all-star point guard Rajon Rondo.  He had asked permission to remain behind in Los Angeles to celebrate his birthday.  His coach said no, but Rondo stayed behind anyway instead of traveling with the team.

The Celtics have a former college coach, Brad Stevens, as their head coach and the discussion turned to college basketball head coaches who also had success as a head coach in the NBA.  The hosts were unable to come up with any.  They presented the following argument, as the reason why college coaches fail in the NBA, by suggesting that the college coach has all the power.  The players are not being paid, there are strict rules governing behavior and a player who doesn't comply, doesn't play.  If they don't play, they certainly can't be stars, won't be noticed and could not possibly be drafted by NBA teams.  The hosts went on to say that in the NBA, the highly-paid players have all the power and the coaches don't have the ability to bench their star player if that player's behavior breaks some rules.  The star players, with all that money, rule.

I don't see it the same way.  I see it as the company (team) paying a huge amount of money to its players to perform and so the company should have all of the leverage.

As usual, this argument got me thinking about sales management (the coaches) and salespeople (the players).  Sales management tends to take the same wimpy approach with its best salespeople, just trying to keep the peace and keep their business rolling in.  But why?  It sets a terrible example for everyone else on the sales force.  An unwritten rule becomes well known to everyone.  It is perceived to say, "If I sell enough, I can do whatever the bleep I want, when I want, and how I want."  Is that the perception you want in your sales force?  Can you build a trustworthy, solid, scalable organization with that as the core value of your top performers?

As much as it can hurt pride, relationships, sales and profits, when an individual believes that they are more important, better, or untouchable, it is time for that person to be terminated.  If that person was your top salesperson, then you'll have a new top salesperson.  If that person put himself above all others, you can bet that his customers weren't in love with him and won't follow him to his next company.