Could it Really be The Death of SPIN Selling? 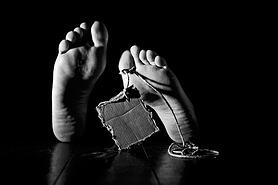 I read an article last month that actually had as its title, The Death of SPIN Selling.  Although the author tried, the article did little to convince ME that SPIN was dead.  Say what you will about SPIN, it was the most comprehensive questioning methodology of its day.  In my opinion, the only problem with SPIN was that most salespeople were unable to  execute it!

The author wrote that since most prospects today know what they want, they won't rehash all of the needs and decisions that got them to this point, and as a result, a salesperson won't be able to back them up to an earlier stage of the sales process to implement SPIN or any other questioning strategy.

I agree that most prospects are well aware of what they want and why.  But, and it's a BIG but, they WILL answer your questions -- if, and only if -- they are the right questions.  The questions must be good, tough, timely and relevant.  They must be different from any questions that have been asked by others, and must lead to the tough conversation that nobody else has had with them.

For instance, today I was training a great group of salespeople and we worked on that very scenario.  At the point where it would be advantageous for the salesperson to back up to an earlier stage of the sales process, I conducted a role-play to demonstrate.  If you were a fly on the wall, you would have heard the prospect quickly become engaged and emotional, feeling tremendous urgency and commitment to make a change.  Yet, I didn't ask any questions about why they were looking, how they were deciding, what was driving the decision, or how we could win.  Neither did I talk about capabilities, present or propose, or talk pricing other than to get their commitment that they would spend more to do business with me.

I know.  It was only a role-play and it wasn't real.  But it was very real for them and it would be very real for you too.  And if there is one thing I know about the role-plays that I conduct with salespeople, it's that they will always play the part of an extremely difficult prospect - just to make sure that what I'm demonstrating WON'T WORK!  And they never succeed at that...

In most cases, when you read in a blog that prospects know what they want and you have to find some value to bring to the table, it's being written by people who understand marketing and buying more than they truly understand selling, sales process, lowering resistance and psychology.  Selling is not dead and not dying.  And the good, modern sales processes and methodologies aren't dying either.  What's dying is the resolve to learn how to adapt the good processes and methodologies for the selling challenges of 2014 and beyond.  Don't give up and don't give in.  Instead, learn how to make these crucial tools work for you and your company.