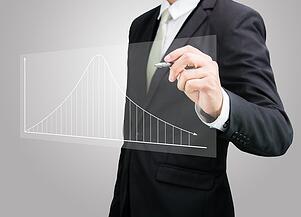 From time to time, I get pretty cool emails that make me want to write positive articles instead of negative ones.  Today, I got one from an OMG (Objective Management Group) Partner, who wanted to let me know what he learned from one of his clients at a company that you all know quite well (but whose name will be withheld).

He wrote, "They have the lowest turnover of all the departments."

The Question That Must be Asked

Why would an enterprise (that has standardized on OMG's Sales Candidate Assessment, had OMG customize it for every sales role in the company, and has terrific data from its first year of use) have one department with significantly lower turnover than all the others?

Could it be any of the following 10 Reasons?

In most companies, each of those possibilities are always in play.  However, in this particular company, it wasn't any of them.

In reality, it was a very simple difference and you could say that this department was being really smart or that the other departments were being stupid.

The department with the lowest turnover followed the recommendations, remained patient, and did not hire any candidates that were not recommended.  The other departments thought they knew better despite very strong statistical evidence to the contrary.  Our statistics AND THEIRS showed that 75% of the candidates who were not recommended, but hired anyway, failed within 6 months.  Why would anyone, anywhere go against a powerful statistic like that?  They're Smarter-Than-Us-Professionals, I declare - or STUPID.