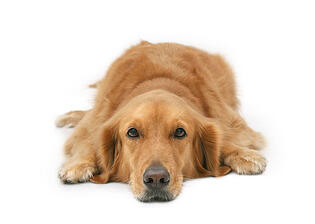 Not too long ago, before the advent of social selling, if a salesperson needed to add new opportunities to the pipeline, there were basically two options:

Interestingly, this choice was not a no-brainer!  I observed that for every three salespeople who would call customers for referrals, there were always two who preferred to make cold calls.  This was not because they loved making cold calls, but because in their minds, it was a more comfortable option for them than asking for something from customers.

I don't know about you and your leads, but a lot of the "leads" I see aren't very good at all. They're actually more like names with email addresses and a good percentage of them can't really be considered leads at all.  But because a small percentage of them turn out to be really good ones, all of them must be followed-up.  One can't distinguish the good from the bad until the follow-up calls have been made.

With salespeople so busy, following-up on mostly crappy leads, they probably don't even give a thought to calling customers and asking for referrals.  Suppose I was given the option to phone one of two leads:

I know who I would rather call...

I know all the statistics about lead follow-up.  If you don't place a follow-up call within the first 10 minutes, your chances of connecting decrease by...I know.  I also know that it takes 8-15 attempts to reach one of those leads...

We all know that the introduction beats the crap out of the lead follow-up 95 times out of 100.  If that's the case, why are so many salespeople spending all of their time attempting to generate and follow-up on the leads that produce results 5 times out of 100?

Have your salespeople pretend it's 1985.  Have them each call 5 customers or clients every day for the rest of the month and ask for referrals and introductions.  If they don't do it, shame on them.  If they don't know how to do it effectively, shame on you.