As Good as Your Last Successful Hire - 10 Tips for Consistency 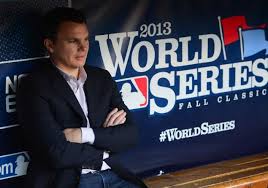 Most executives struggle at maintaining any kind of successful momentum when it comes to consistently hiring salespeople who actually succeed.  It's easy to hire a great salesperson who, when all is said and done, sucks.  It's difficult to hire any salesperson who, in the end,  performs great.

Let's leave the world of sales and look at my favorite topic for analogies, baseball, and although it's very difficult this year, my favorite team, the Boston Red Sox.

Under first-year GM, Ben Cherington, the 2012 Red Sox were horrible.  They finished last after 10 years of playoff appearances and World Series titles in 2004 and 2007.  Ben inherited part of that team, but he engineered the draft, trades, signings, releases and promotions that became the final design of the 2012 Red Sox.

The very same GM made questionable moves during the following off-season, and most experts predicted that the Red Sox would continue to be a team that wasn't very competitive.  The Red Sox fooled everyone and finished first, winning the American League championship and 2013 World Series.  Boston Strong.

A few more off-season moves led to the 2014 team, destined to finish last again.  It will be the first time in Major League Baseball history when a team would go from worst to first and back to worst during three consecutive seasons.

Most fans are wondering how the genius of 2013 could have ended up with such a horrible team just one year later.  Experts point to a lot of possible reasons, but most neglect that this was the same GM who led the 2012 team to a last place finish.

The answer is probably neither, but only time will allow us to judge fully.  [This just in, today he traded Jon Lester and Johnny Gomes for Yuenis Cespedes]

There are 10 things you can do to hedge your bets:

In the end, you're only as good as your last successful hire.  Just ask Ben Cherington!