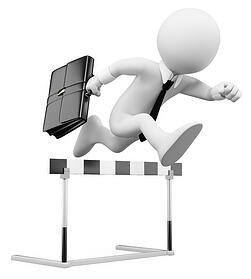 Trust me when I say that this is a great article, but before we get to it, I have a few post-vacation links for you.

This is important!  We want you to be part of our next White Paper on Sales Force Effectiveness.  Would you kindly take no more than 5 minutes to answer some questions about the sales force at your company?  We won't even ask your name or email address!

Hubspot's Sales Blog published this post with some professional follow-up email templates.  It's worth a look and it has one of mine...

The September issue of Top Sales World was published last week and my article about the Top Mistakes Salespeople Make on the Phone was named Top Blog Post for August.

Gerhard Gschwandtner interviewed me for SellingPower TV. You can see the 5-minute interview here.

I'll be speaking at Inbound14, September 17, and I'll be talking about How to Hire Great Inbound Sales/Marketing people.  You can register here.

Finally, my article about How to Hire Salespeople That Will be Great Instead of Great Salespeople that Will Fail was posted in EcSell Institute's Coaching Library.  You can hear me speak on this topic there next month.

Now for the article.

The ability to motivate salespeople is just as important as it has always been.  However, there are differences today that make it more complicated than it used to be.

Perhaps this will help:

In the next release of OMG's suite of Sales Candidate Assessments, Salesperson Evaluations, and Sales Force Evaluations, we will be able to show you exactly what YOU can do to motivate your existing and new salespeople.  For instance, wouldn't you love to know if a salesperson:

Salespeople are different - very different - and the more you know about what will help them face and overcome the following 20 hurdles, the better: