How Many Salespeople Made Quota in 2010? 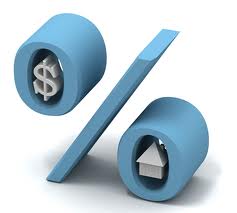 According to CSO Insights 17th annual Sales Performance Optimization (SPO) study released earlier this month, an all-time high percentage of salespeople hit their quota in 2010.  2,800 companies participated in the study which found that 59% of all salespeople made their quota.

Does that sound right to you?

This study is basically saying that during one of the worst recessions ever, an all-time high percentage of salespeople hit their numbers.  I don't buy it and here's why.

Could it be that after such an abysmal 2009, companies lowered quotas for 2010 ?

Could it be that companies lowered their expectations as they completed the survey so their sales forces wouldn't look so feeble?

There's certainly no reason why even 1% of salespeople would tell us that they aren't hitting their numbers if, in fact, they are; so why else would there be such a discrepancy?

It doesn't really matter.  Of more importance are the following additional findings:

My take away? Optimism is up!

Companies are certainly investing in their sales forces again. I can see that first hand with both of my companies. Objective Management Group is seeing more Sales Force Evaluations and more Licenses to assess candidates than at anytime in the past 20 years!  Kurlan & Associates has more active clients for training and development, coaching, recruiting and selection, sales force architecture and sales measurement and metrics than at any time in the past 25 years.  Why are so many companies looking for help right now?  As the economy slowly rights itself, nobody wants to be left behind and most companies are tired of not getting the growth they need and want.

Closing thought - Today is President's Day.  Select the US President, past or present, that you most admire and pretend you are him.  As that President, how would you use the information in today's article to accelerate your firm's growth?